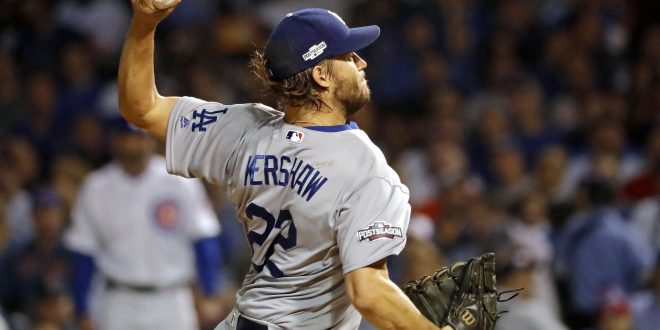 On Tuesday, the Chicago Cubs will travel to Los Angeles to take on the Dodgers in Game 3 of the National League Championship Series.

Things were looking good for the Cubs, whose home-field advantage helped them get an 8-4 win over the Dodgers in Game 1 on Saturday. In Game 2 however, Dodgers ace Clayton Kershaw put up a merciless performance. He retired the first 14 batters he faced and went on to pitch a shutout. An Adrian Gonzalez solo homerun was all the run support he’d need, and the Dodgers tied up the series at one game a piece.

The series shifts to Dodger Stadium on Tuesday for Game 3 to potentially decide the fate of the NLCS. If the Cubs are able to deliver the same intensity that they brought to Game 1, they could take the next three games and advance to the World Series for the first time in over 7o years. Conversely, the Dodgers pulled off a split on the road against a team that went 103-58 in the season. To summarize, it’s anyone’s series.

As far as injuries, Cubs pitcher Jason Hammel is still left off of the NLCS roster with right elbow tightness.

It’s now or never for the Tampa Bay Rays. The team finds itself on the …