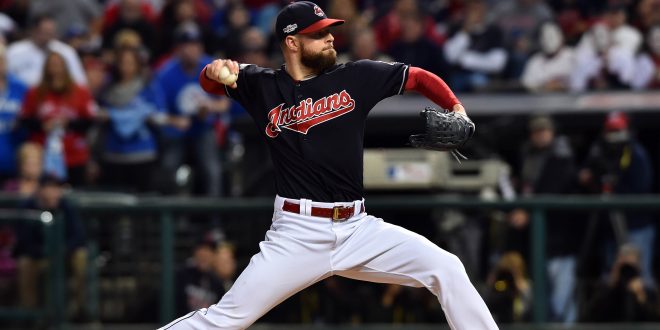 There has been one central theme thus far for the Indians in the ALCS — good pitching.

In Game 1, the Indians not only had the home-field advantage, but also ace Corey Kluber on the hill. Kluber faced 26 batters in 6.1 innings and had six strikeouts. He also did not give up any runs to the Blue Jays in their 2-0 victory.

Don't know about you guys but we're really glad @CKluber is on our side. https://t.co/whhnQofrT7#RallyTogether pic.twitter.com/M4YYQENhDi

In Game 2, the pitcher who was originally supposed to start, Trevor Bauer, injured his pinky while reportedly repairing his drone (you cannot make this stuff up). As a result,  Josh Tomlin got the start. Tomlin pitched far better than most might have expected. He finished with six strikeouts in five and two thirds innings, and gave up one earned run. The Indians would go on to win 2-1.

After Game 1 of the ALDS against the Boston Red Sox, Boston pitching coach Carl Willis inferred that the Indians were potentially stealing their signs. When asked if there was any concern that they had figured out their signs, Willis smiled and said “Yeah, you never know.”

The most recent accusations against the Indians come from Blue Jays star Jose Bautista. He blamed “circumstances” for the reason Cleveland has jumped out to their 2-0 series lead. These “circumstances” are referring most likely to Bautista believing the umpires are calling controversial strikes against them.

The Indians responded to these criticisms with a poll via Twitter today, asking their Twitter followers what the next excuse will be.

POLL: What will our opponents' next excuse be? #RallyTogether

First pitch from the Rogers Centre is set for 8:08 p.m.