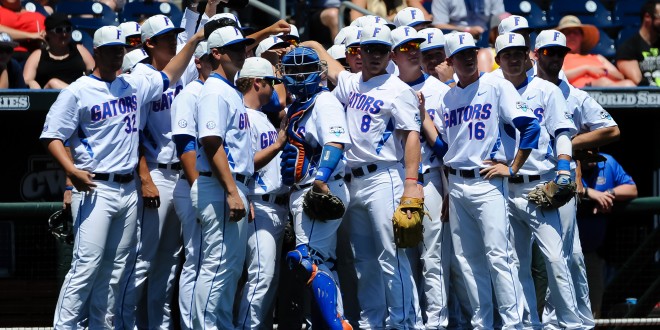 Coming off the best regular season in school history in 2016, 44-11, the Florida Gators baseball team is back after an early exit from the College World Series in June.

Florida finished the season ranked sixth, as the top-seeded Gators fell to the eventual national champions Coastal Carolina in Omaha.

As Fall Ball gets underway, fans now get a glimpse of the new schedule. Starting Feb. 17 against William & Mary, Florida gets set to face 16 opponents through 35 games at McKethan Stadium at Perry Field, a place where UF is 265-74 (.782) under head coach Kevin O’Sullivan’s watch.

The following weekend, the University of Miami comes to town after a mid-week two-game home and away series with Jacksonville. The Canes finished 2016 ranked No. 8 in the Top 25 poll after a trip to the College World Series.

Florida State heads down to Gainesville on Tuesday, March 14. The Seminoles ended last year ranked 13th after falling to the Gators in the NCAA Super Regionals. Florida won all three against FSU last season.

SEC play begins for Florida on March 17th at Auburn. Their first home conference series is against LSU (March 24-26), followed by a trip to Missouri the following weekend.
Florida will host five Southeastern Conference matchups in 2017: LSU, Tennessee (April 7-9), South Carolina (April 21-23), Ole Miss (May 5-7) and Kentucky (May 18-20).

Kentucky was the only unranked team that Florida lost a series to last year, as the Wildcats travel to Gainesville in the last regular season series.

The Gators avoid playing the second and third best teams in the SEC last season, Texas A&M and Mississippi State. A&M finished the year ranked #9, as the Bulldogs were at #11. 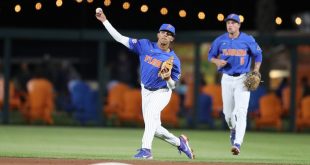