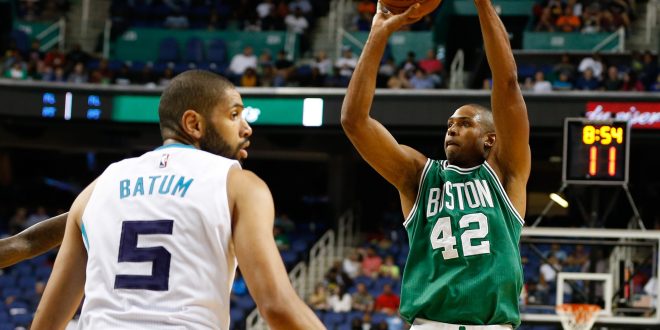 Notable Gators to Watch in the 2016 NBA Season

The 71st season of the NBA is set to start on Tuesday with a number of notable Gators set to get on the court around the country. That being said, let’s take a look at where some those players are at in their professional careers.

The 6’11” player played at Florida from 2004-2007 under the coaching of Billy Donovan and won back-to-back NCAA championships. Noah is known for his defensive skillset and was the ninth overall pick by the Chicago Bulls in the 2007 NBA Draft. He stayed with the team for nine seasons,  and recorded his career highs there of 30 points and 23 rebounds in a game against the Detroit Pistons in 2012. In July of 2016, Noah signed a four-year, $72 million contract with the New York Knicks.

.@JoakimNoah: "This team has a lot of star power." #Knicks

This player was at Florida from 2004-2007 and was on the same back-to-back championship teams as Joakim Noah. Brewer was selected seventh overall by the Minnesota Timberwolves in the 2007 NBA Draft before an ACL tear ended his season. After that, he was traded to the New York Knicks but waived before playing a game. Then in 2011, he signed a contract with the NBA championship-winning Dallas Mavericks before being  traded to the Denver Nuggets where he stayed for two seasons. He then signed another contract with the Timberwolves where he scored a career-high of 51 points in the 2013-2014 season before being traded to the Houston Rockets in December of 2014. In July of 2015, Brewer re-signed a three-year, $23.4 million contract with the Rockets.

The forward from Miami played at Florida from 1998-2002, where he ranks third in team history in points scored with 1,782 and tenth in rebounds with 831. Following Florida, he spent one year playing for a French professional team before signing with the Miami Heat as an undrafted rookie in 2003. Haslem has spent 13 seasons with the team, during which they won three NBA championships. He re-signed with the Heat in July of 2016.

The Dominican center is another member of Billy Donovan’s 2004-2007 dynasty team. In June of 2007, Horford became the third overall pick by the Atlanta Hawks in the 2007 NBA Draft and stayed with the team for nine seasons. He averaged 14.3 PPG and 2.7 APG in his career as a Hawk. In July of 2016, Horford became an unrestricted free agent and signed with the Boston Celtics.

The forward from South Dakota played for Florida from 1998-2000 before being selected as the Orlando Magic’s fifth overall pick in the 2000 NBA Draft. Miller stayed with the Magic three seasons before being traded to the Memphis Grizzlies. He played six seasons for the Grizzlies before being traded to the Minnesota Timberwolves, where he only played one season. Miller then was then traded again to the Washington Wizards. As a Wizard, he played one season before signing a five-year, $25 million contract with the Miami Heat. Miller spent three seasons with Miami, in which he was the recipient of two NBA championship rings before being waved in July of 2013. After stints with the Grizzlies and the Cavaliers, Miller signed with the Denver Nuggets and re-signed for the 2016-2017 season in July of 2016. Miller has a career total of 10.8 PPG and 2.6 APG.

The 6’10” forward from St. Petersburg played for the Gators from 2006-2008. Speights was selected by the Philadelphia 76ers with the 16th pick of the 2008 NBA Draft. He spent three seasons with the 76ers before being traded to the Grizzlies in January of 2012. He was then traded to the Cleveland Cavaliers in January of 2013. Speights played one season with the Cavs before signing with the Golden State Warriors. He went on to win his first NBA championship with the Warriors after defeating the Cavaliers in the 2015 Finals. Speights then signed with the Los Angeles Clippers in July of 2016 after three seasons with the Warriors.

Preseason finally over time to prepare in get ready for the real season!!!

The forward from Florida played at UF from 2007-2011 and became the first Florida Gator to win the SEC Player of the Year in 2011. He was selected as the 38th overall pick by the Houston Rockets in the 2011 NBA Draft. He then spent three seasons with the Rockets before becoming a restricted free agent in 2014. Parsons then signed a three-year, $46 million contract with the Dallas Mavericks. Parsons played for the Mavericks for two seasons before signing a four-year $94 million contract with the Memphis Grizzlies. In his career, Parsons has averaged 14.3 PPG and 3.0 APG.

The forward played for Florida from 2001-2005 before being selected as the New York Knicks’ second first-round pick in the 2005 NBA Draft. He stayed with the team for five seasons before becoming an unrestricted free agent in the 2010 offseason. He was then traded to the Golden State Warriors where he signed a six-year $79.54 million contract. Lee won his first NBA championship with the Warriors in 2015 before being traded to the Boston Celtics. Lee was then waived by the Celtics in February of 2016 before signing with the Dallas Mavericks. He since signed with the San Antonio Spurs in August of 2016. He has a career record of 14.2 PPG and 9.2 APG.