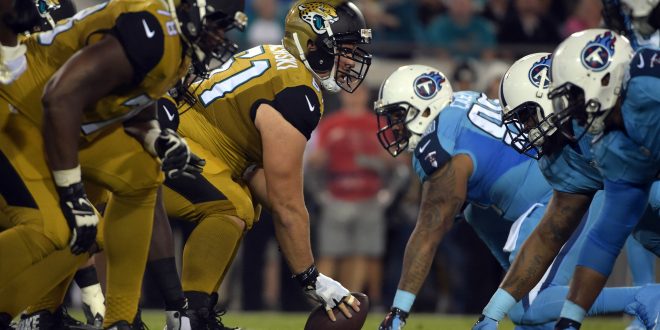 The Jacksonville Jaguars (2-4) take on the Tennessee Titans (3-4) in Nashville for tonight’s Thursday Night Football match up.

Tonight’s game will be an AFC South showdown. The Jags are currently 1-0 within the division and the Titans are 0-2.

It’s no secret that the Jags have had issues on offense. Quarterback Blake Bortles says that the team is still trying to the find their identity, which has resulted in the numerous amount of mistakes when they have ball. Bortles may have to really strive to eliminate his interceptions in order to keep the Titans at bay. the quarterback has nine interceptions after five games, three of which came in a 17-19 loss against the Baltimore Ravens. In that same game, Bortles threw for 194 yards, his fewest of the season.

In addition, it has been over a year since the team has scored a touchdown in their first possession of the game. The Jags could use an early start to fuel the offense. Bortles will also have to capitalize on his throws in order to keep the Titans defense at bay, as well as keep their offensive possessions at a minimum.