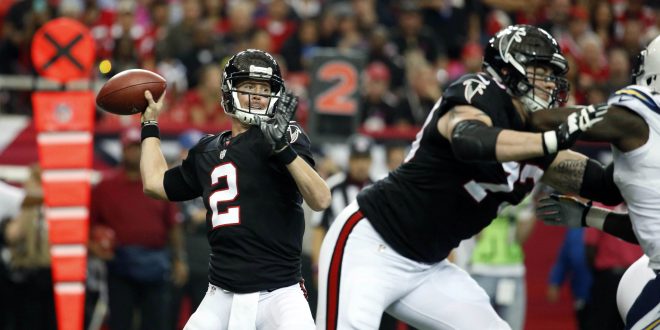 In Week 8 of the NFL season, the Atlanta Falcons will face the Green Bay Packers at home. After losing their last two games, the Falcons are hoping for a different outcome against a Packers team that is gaining its rhythm.

Atlanta had a strong start to the season going 4-1, but have since lost to the Seahawks in Seattle and the Chargers at home. In last week’s game against San Diego, the Falcons lost by a field goal in overtime after being up by as much as 17 points in the game. As they try to move on from the loss, Atlanta is focused on getting back to their game and making smarter decisions in pressure situations.

The Falcons offense has been outstanding this season. They lead the league in scoring (32.7 points per game) and total offense (433.6 yards per game) and are second in passing offense (319 yards per game). Quarterback Matt Ryan is playing one of his best seasons and a huge part of his success has been due to wide receiver Julio Jones. Jones has already racked up a total of 830 receiving yards including a 300-yard-game against the Panthers in Week 4.

Green Bay is sure to bring out a high-scoring game in Atlanta. Although they are 4-2 this season, the Packers offense has been lackluster, that is until they played against a struggling Chicago Bears team in last week’s Thursday Night Football game. Aaron Rodgers threw for three touchdowns and completed a team-record 39 passes in the game, beating the Bears 26-10. They may be able to continue racking up the stats against Atlanta’s defense as they rank low in yards per game (26th) and points per game (27th).

Both teams have suffered big injuries this season. The Packers have linebacker Clay Matthews and wide receivers Randall Cobb and Ty Montgomery listed as questionable. Montgomery has stepped up as the main running back with long term injuries to both Eddie Lacy and James Stark. The Falcons lost running back Telvin Coleman last week due to a hamstring injury and will remain out against Green Bay. On the defensive side, defensive end Dwight Freeney with a quadriceps injury and cornerback CJ Goodwin with a hamstring injury have been limited in practice and are listed as questionable.

Atlanta still leads the NFC South with just a half-game lead over Tampa Bay. With the regular season almost halfway done, the Falcons still have time to make the improvements they need to in order to remain the top seed. This weekend will prove to be a tough matchup, but a win could set them back on the right track.

The game between the Green Bay Packers and the Atlanta Falcons will be on Sunday at 4:25 p.m. on Fox. 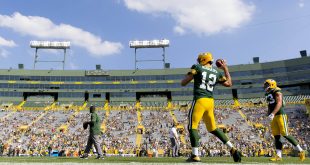