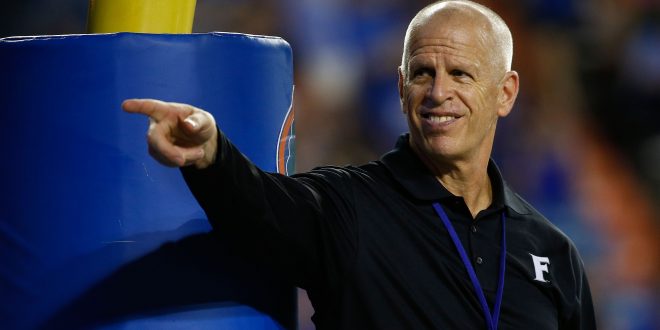 There’s no denying that Jeremy Foley’s exit was anything but easy. The former athletic director was scheduled to leave the Gators on Oct.1, but when unplanned circumstances occurred, he decided to stay another month, as if leaving wouldn’t be hard enough.

Monday Nov.1 marked the day that the new AD took over and Foley’s retirement officially went into effect.  However, Foley still made time to call into ESPN Gainesville’s The Tailgate about his retirement.

Foley said that he is very happy he stayed another month to get things in order after the chaos of Hurricane Hermine and Matthew. The effects of Matthew were much more problematic. The hurricane forced Florida to move the regularly schedule home game against LSU to Nov.19 in Baton Rouge. Foley said that he has no doubt that new AD Scott Stricklin could have handled the ordeal, but he said he shouldn’t have had to.

Outgoing AD Jeremy Foley has some parting words of thanks for you, #GatorNation. #ThankYouJeremy #GoGators pic.twitter.com/C1I46neDrJ

On the bright side, Foley has some pretty big plans to occupy his free time. Some of the items on Foley’s bucket list include:

Foley said that the Gators are in good hands with Scott Stricklin at the helm.