The Frostproof Bulldogs (5-5) travel to play the Trenton Tigers (8-1) today for the playoffs.

The Tigers come into this game having won eight straight after dropping their first game of the season to Wakulla. The Bulldogs head into the game with a three-game win streak.

Trenton played four playoff teams throughout the season, beating three and losing to one, while Frostproof played three and lost to each. Nonetheless, Trenton Head Coach Bill Wiles talked about the challenge that Frostproof poses in this matchup.

Fourth year Journalism major at the University of Florida, focusing in Sports Journalism. Writer for WRUF and WUFT.
@@KimbleUF
Previous Preview: Boston College Visits No. 20 Florida State
Next Columbia Tigers Take On Lincoln Trojans for First Round of the Playoffs 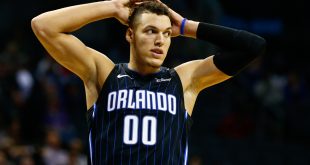