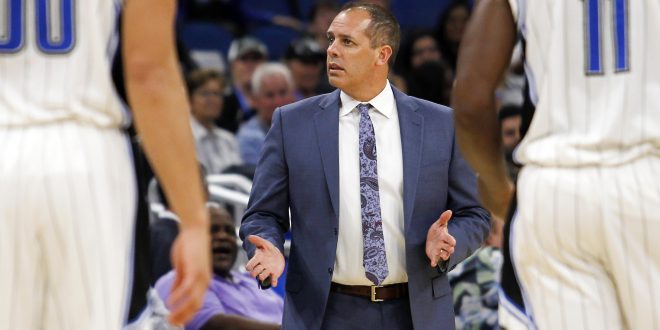 Magic Looking for Answers After Poor Start to New Season

The Orlando Magic are 6-11 so far this season.

After losing their last four games in a row, Coach Frank Vogel switched up the starting lineup.

Vogel said the Magic has to find a way to pull out of these games.

The moves came after losses on Wednesday and Friday when the Magic fell behind 12 and 19 points in the first half of defeats tp Phoenix and Washington. This change in the line up is the second in the season after replacing Gordon with Green seven games ago.

Orlando opened the season 3-5 with a line up of Gordan, Payton, Vucevic, Serge Ibaka and Evan Fournier.

Nikola Vucevic isn’t entirely thrilled about the coach’s decisions to take him out of the starting lineup, but knows what’s best for the team comes first.

Point Guard D.J. Augustin has been Orlando’s best reserve all season averaging 9.4 points and 2.7 assists. He’s scored in double digits seven times and he has big games against Utah (19 points) and Dallas (18 points) in recent weeks.

The Magic persistently pursued and landed Biyombo because of what they thought he could do for their defense. He has been used off the bench in each of his 15 games, averaging 5.1 points, 8.1 rebounds and 1.53 blocks in 23.2 minutes per game.

The Magic will begin a five-game road trip Tuesday against the San Antonio Spurs.