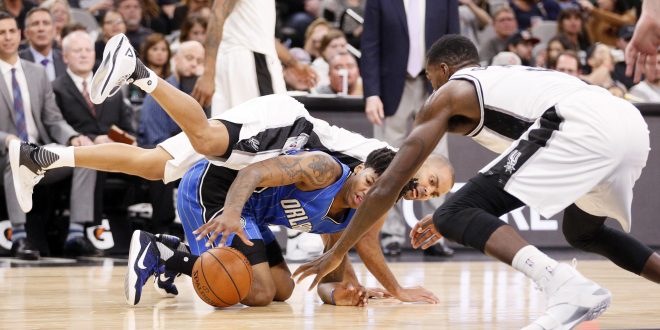 Despite the slow start to the season, the Orlando Magic pulled off the biggest upset on the night Tuesday. The Magic went on the road and beat the Western Conference, second place standing San Antonio Spurs 95-83.

Last night’s win over the Spurs ended a four-game losing skid for the Magic and snapped a nine-game win streak for the Spurs. The Magic are 7-11 on the season, and third in the Southeast Division. The Magic are led in scoring by Evan Fournier, who they invested in more in the off season. The investment in Fournier is what helped influence the Victor Oladipo trade to the Oklahoma Thunder for Serge Ibaka.

With the type of season Russell Westbrook is having for the Thunder, Oladipo is complimenting right into the style of the Thunder game plan.

When the two former teammates (Fournier & Oladipo) met on Nov. 13, the Magic edged a two-point home win over the Thunder 119-117.

Fournier went 7-of-10 from the field, scoring 21 points. Oladipo had a  productive game shooting 6-of-9, but scoring only 12 points.

The real talk of the night was the reunion between former teammates Westbrook and Ibaka. Both players put on a scoring showcase, Ibaka scored 31 points and Westbrook finished with 41, but with a loss.

The Thunder as a team overall have had a better start to the season than the Magic. Both teams will meet again March 29 in Oklahoma.