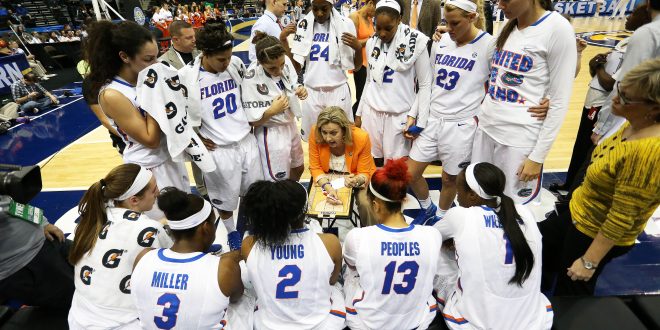 Florida Women’s Hoops Splits Games in Arizona; Up Next FSU

The Florida Women’s basketball team is 6-2 as the first half of the season is winding down.

Long Beach State took an early seven point lead, but a run lead by Delicia Washington brought Florida to a 38-26 halftime lead. During the second half, the Gators ripped through to a 21 point lead, leaving no room for threat from the 49ers.

Against the Sun Devils, the Gators front court struggled with foul trouble with two personals in less than 13 minutes into the game.

Entering the fourth quarter, Florida led by 12 points but the Sun Devils woke up and outscored the Gators by 18 taking the Arizona State Classic title.

The Arizona State Classic may have not had the outcome the Gators were hoping for, but during the first round win against Long Beach State, senior Ronni Williams reached a milestone in her college career.

So fun to coach and so easy to root for! "Everything she gets, she works hard for it – and if you don't know, now you know!" #TLC #GoGators pic.twitter.com/H7hbiIdYL8

So Far This Season

So far this season, sophomore Eleanna Christinaki leads the team in most scored points at 18.6 per game. Following second is Senior Ronni Williams with 15.4 points per game. And third is Junior Haley Lorenzen at 13.3.

As a team, the Gators have scored 74.9 points per game and have made 18.5 turnovers.

Last season, the Gators took the win over the Seminoles 82-72.