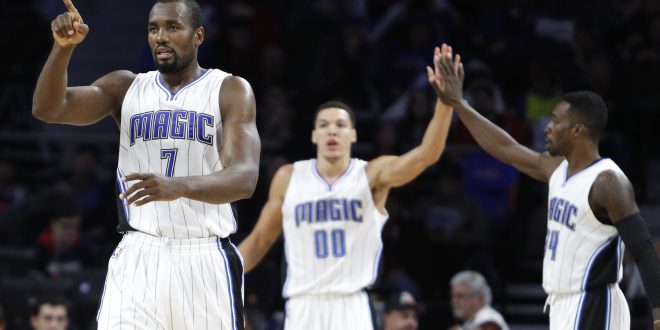 If there is a team that is finding a stride, strangely enough it is the Orlando Magic. The team has proven to be a worthy opponent, taking down the Spurs, Pistons, 76ers, and only losing to the Grizzlies by one on a recent road trip. Frank Vogel says his guys are turning the corner and he’s been impressed on this stretch.

The 9-12 Magic take on the Wizards tonight in Washington and will bring one the league’s top defenses to the floor. The Magic rank third in the league in opponents’ points per game at 97.1. The only teams that rank ahead of them in that category are Detroit and Utah. Unfortunately for Orlando, they are only putting up 93.2 points per game. Offensively, Serge Ibaka continues to make a name for himself on the offensive and defensive ends. He had 21 rebounds on Sunday against the Pistons.

The Wizards have been struggling this year even with all of their talent. Six wins and 13 losses has them way out of the playoff picture. They can get it going tonight at home against a hot Magic team at 7 p.m.