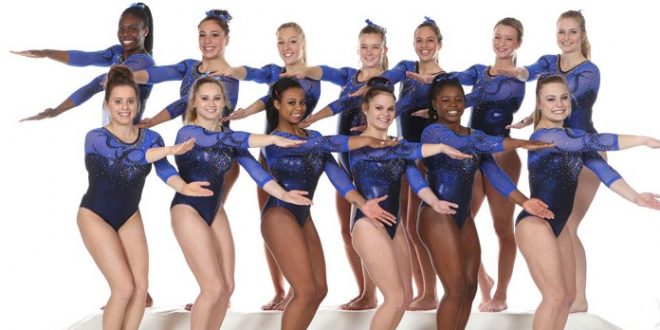 GAINESVILLE, FL – The Florida Gator gymnastics team will kick off their season this Sunday when they travel to North Carolina to take on NC State. The meet is scheduled to start at 2 p.m.

LAST SEASON : The Gators finished off last season with a bang, finishing first in the SEC. They went on to win the NCAA Minneapolis Regional team titles and came in fourth place in the 2016 NCAA Super Six competition. The leader of the senior class Bridget Sloan won a total of three NCAA titles.

FACING THE WOLFPACK: The Gators have now been preparing for this opening meet for about five months now. Thursday afternoon the Gators were able to practice for the first team in the newly renovated O’Connell Center, where all of the equipment was set up to symbolize a real competition meet environment. All around Junior Alex McMurtry says her class has stepped up so far this season in leading their younger teammates.

Along with Alex McMurtry, junior all around competitor Kennedy Baker is another big time leader on this team. The team now has four new freshmen on the team: Sierra Alexander, Maegan Chant, Rachel Gowey and Amelia Hundley. Kennedy Baker says this Freshman class has come in confident as ever, ready to compete.

WHERE TO WATCH: Sunday’s meet will be streamed live on the ACC Network/ ESPN3 starting at two PM. For live updates via twitter, follow @Gatorsgym.