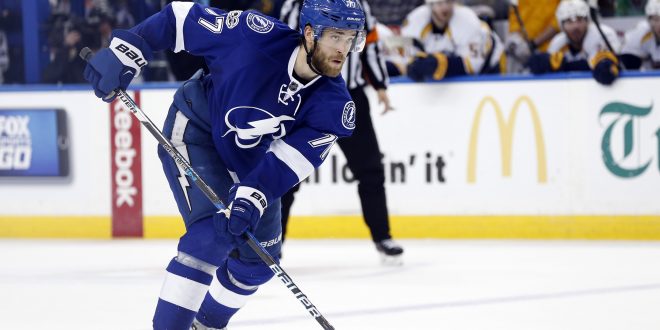 2017 has not been the year for Tampa Bay Hockey. The Lightning (19-19-4) are now 0-4 on the season after losing to the Pittsburgh Penguins (26-8-5) on Sunday. In Sunday’s game, the Penguins showed no mercy to the Lightning outscoring Tampa 6-2. With the two goals coming from Jonathan Drouin and Vladislav Namestnikov.

After their defeat in Pittsburgh, the Lightning were outplayed in Philadelphia losing to the Flyers 4-2.

The Lighting will now face an uphill battle for the second half of the season if they want any chance at a playoff position. Tampa Bays Head coach John Cooper  says they need to focus on the defense to stop giving up points.

The team will be working on defense before they host the Buffalo Sabres (15-15-9) on Thursday. The Sabres are coming off of a 4-3 win over the Winnipeg Jets (19-20-3), a team the Lighting lost 6-4 to just a few days earlier. The Sabres are hoping the momentum from this win and  Tampa Bay’s lack of defense will prove them successful.

You can catch the Lightning in action Thursday at  7:30 in the Amelia Arena in Tampa Florida.