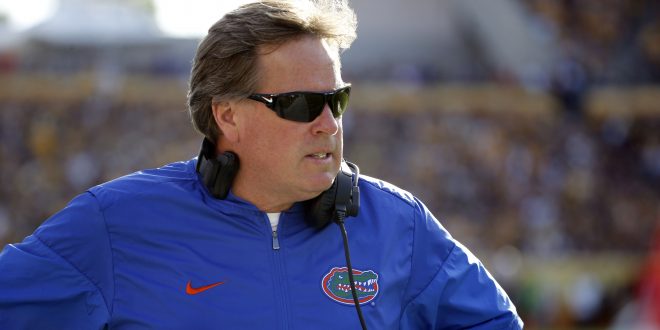 With National Signing Day less than three weeks away, the Gators are hosting several talented prospects this weekend as Jim McElwain looks to close out strong on this year’s recruiting class.

One of the biggest names coming to Gainesville for an official visit this weekend is 4-star wide receiver James Robinson from Lakeland, Fla. Adding Robinson would be a big addition to a class that already includes Daquon Green, and to a Florida receiving core that is bringing back Antonio Callaway and Tyrie Cleveland. Blake Alderman from Inside the Gators says Florida has been the Robinson’s leader since the spring, but schools like Ole Miss and Alabama are also in contention for the receiver.

Two positions that McElwain and his staff are really looking to reinforce are defensive tackle and defensive back. Alderman says that Florida is hitting those positions hard and has already confirmed four to five visits at those spots.

At defensive tackle, Maryland defensive tackle commit Cam Spence will be visiting, and with the losses of Joey Ivie and Caleb Brantley, he would be a big flip for the Gators.

In the defensive backfield, safety Devon Hunter and cornerback Elijah Blades, are coming in for visits. Virginia Tech is considered the leader, but Hunter has a good relationship with Torrian Grey, the Gators defensive backs coach. Blades, from California, is committed to Florida but according to Alderman, they’ll have to fight off the likes of Georgia, Nebraska, and Southern Cal for his services.

One potential impact player who isn’t visiting this weekend but may end up in blue and orange is offensive tackle Kai-Leon Herbert. He’s a Michigan commit, but according to Alderman, Florida has been making ground on him, and his visiting later in the month. Adding him to the class would go a long way towards beefing up an offensive line that has improved over the past two seasons.

Others Making Visits This Weekend 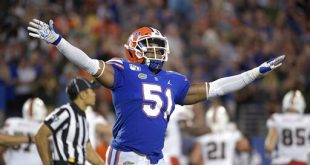 In 2021, redshirt senior linebacker Ventrell Miller was sidelined after suffering a torn bicep. In …