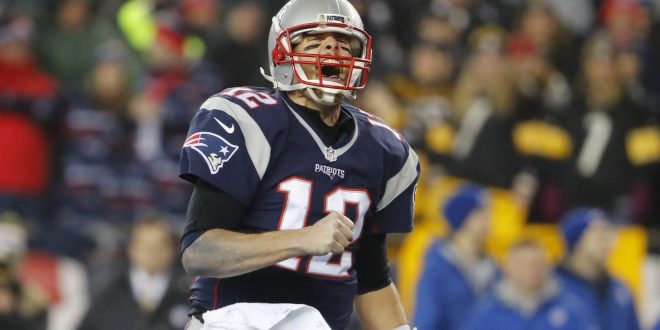 After a 36-17 win against the Pittsburgh Steelers, the New England Patriots are heading to the Super Bowl 51. This is New England’s sixth consecutive AFC championship game.

After being suspended for four games due to the “deflategate” scandal, Patriots quarterback, Tom Brady has once again helped his team to make an appearance in another title game, making this his seventh. Brady threw for a franchise playoff-best 384 yards and three touchdowns without an interception. He believes that a good performance and being able to execute plays properly is what will get his team the win. Brady hopes to make this his fifth Super Bowl win.

Wide receiver Julian Edelman had an all-star game against the Steelers. After catching a 41-yard strike from Brady, he set a team record in AFC title games for most receiving yardage. He had eight receptions for 118 yards and a touchdown. The 10-yards touchdown pass from Brady in the bottom of the 3rd put the Patriots 14 points ahead of the Steelers.

The Patriots are an early 3-point favorite. ESPN gives the Patriots a 55.6% chance to walk away with a victory over the Atlanta Falcons. Super Bowl 51 will take place in Houston Texas, at NRG Stadium.