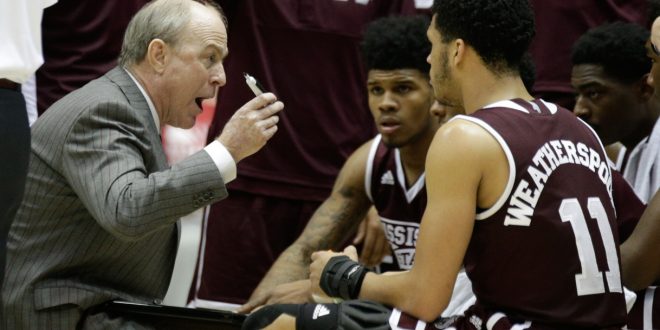 There will be both an SEC showdown and in-state rivalry game Tuesday night when the Ole Miss Rebels host the Mississippi State Bulldogs. Both teams are coming off losses. The Bulldogs suffered an in-conference loss to Alabama on Saturday 71-62. Meanwhile, the Rebels also had a close loss to Baylor on Saturday 78-75. Ole Miss will hope to take advantage of their home court in front of what’s expected to be a big crowd and get back on track.

Mississippi States’ L.J. Singleton has been out due to injury. He recently got an MRI done but coach Ben Howland said that the MRI “came back unremarkable. Not impressive. Which is really good for us.” Singleton looks to be day-to-day and did not practice on Sunday.

On the other hand, Quinndary Weatherspoon has been the leading scorer for the Bulldogs this season, racking up an average of about 18 points per game. Last Saturday against Alabama he scored 11 points and went 4 for 14 on his field goals. Lamar Peters and Schnider Herard are also ones to watch Tuesday night, as they were the top two scorers for the Bulldogs in last Saturday’s game.

For the Rebels, they are certainly glad to have their leading scorer on the year Deandre Burnett back. Burnett previously missed time due to an ankle injury. He is coming off a rough game against Baylor, where he was held to just four points. Sebastian Saiz and Breein Tyree were the team’s leading scorers on that occasion, racking up a combined 40 points.

Our senior leader @sebassaiz has 14 double-doubles this season, which leads the SEC and ranks fifth nationally. #HottyToddy pic.twitter.com/qBQ8Y0UpX6

Game is set to tip off at 7 p.m. and can be seen on the SEC Network.