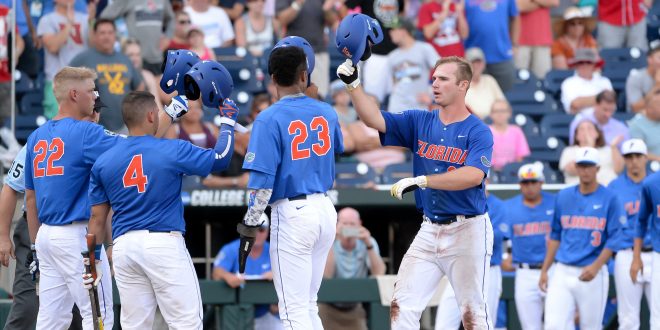 While the northern states are worried about shoveling snow, that college baseball team in Gainesville started practicing on Friday. Indeed, Florida Gator baseball held three practices over the weekend as Opening Day approaches.

The Gators open the season with a three-game series against William & Mary Feb. 17-19 at McKethan Stadium.

Florida baseball, led by Kevin O’Sullivan for the 10th season, is ranked in the coaches’ Preseason Top 25 for the ninth straight year.

Coach O’Sullivan says he has about 8-10 two-way players at his disposal.

Following a 44-11 regular season, but a two-and-done showing in the College World Series, the Orange and Blue joins three other SEC teams in the Baseball America Preseason Top 25 (LSU, South Carolina, Vanderbilt).

Gators baseball fan day is on Saturday, Feb. 4 at McKethan Stadium starting at 11:30 a.m. The team will hold an open practice in the morning beginning at 8:30 a.m.

First pitch from the Mac on February 17th is set for 6:30 p.m. against William and Mary.