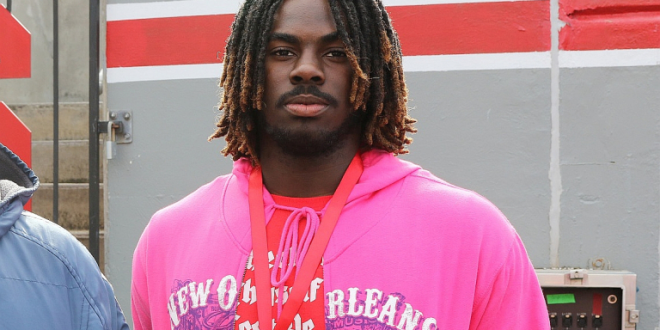 On Tuesday afternoon, in a gymnasium full of friends and family, four-star defensive tackle Elijah Conliffe used blue and orange streamers to announced his commitment to the University of Florida.

Conliffe, listed at 6 foot 4 and 305 lbs, visited Gainesville for the first time two weeks ago from his home town of Hampton, VA.

He is the No.19 defensive tackle in the country and chose the Gators over Tennessee and Penn State.

Conliffe’s commitment is non-binding until he signs a National Letter of Intent, but that’s merely a formality. Florida now has 18 commitments in the 2017 class.