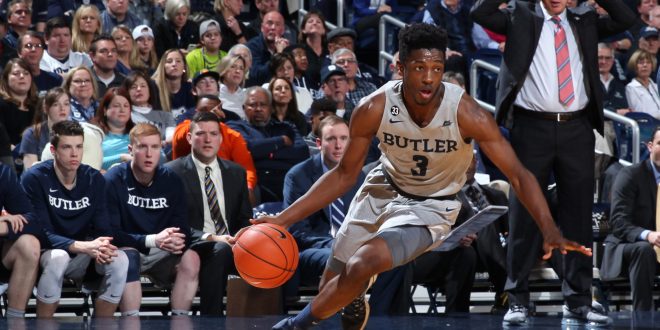 College basketball is heating up and multiple top-25 games will be on today. Here are previews of some of those games.

The Maryland Terrapins are enjoying success under head coach Mark Turgeon. Led by junior guard Melo Trimble, the Terps are 19-2 and tied for first in the Big Ten conference with a 7-1 record. They are one of the most balanced teams in the conference, ranking fifth in points per game (75.7) and fourth in points allowed per game (65.8) among Big Ten teams. They also have one of the best field-goal percentage defenses in the conference, ranking fourth among Big Ten teams by allowing a field-goal percentage of 39.9. If they keep their play up, they will likely make the NCAA Tournament for the third straight year.

The Ohio State Buckeyes, meanwhile, have been struggling. They are 13-9 with a paltry 3-6 conference record. The Buckeyes got off to a solid 6-0 start and outscored their opponents by about 20 points per game. However, since then, they are 7-9 in their last 16 games. They are average on both the offensive end and defensive end of the court, ranking 10th among conference teams in points per game (73.4) and ninth in points allowed per game (68.3). The Buckeyes have not made the NCAA Tournament since 2015 and are in danger of missing it for the second straight year.

The game will begin tonight at 7:00 in Columbus, Ohio.

Fresh off a national championship appearance, the North Carolina Tar Heels have not missed a beat. With a 19-4 record including a 7-2 mark in ACC play, the Heels are on pace to make the NCAA Tournament for the seventh straight year. Justin Jackson leads the team with 18.7 points per game while Joel Berry II is among the team’s best shooters, shooting 46% from the field, 42% from downtown and 90.2% from the free throw line. The Heels are ninth in adjusted offensive efficiency and 23rd in adjusted defensive efficiency according Kenpom.

Under first-year head coach Kevin Stallings, the Pitt Panthers have been struggling. The team is 12-9 and has the worst conference record among ACC teams (1-7).  They are one of the worst defensive teams in the conference (77.3 opponent points per game, 14th out of 15 ACC teams) and are one of two ACC teams with a negative scoring margin (-0.5). Two bright spots on the team have been Jamel Artis and Michael Young who are two of the ACC’s top-three scoring leaders (21.1 points per game and 20.3 points per game respectively).

The game will begin tonight at 7:00 in Chapel Hill, North Carolina.

Brad Stevens, now the head coach of the Boston Celtics, elevated the Butler Men’s basketball program to great heights. After he left, the team went through a minor setback with new head coach Brandon Miller. They went 14-17 under him. That era was short-lived and the team appears to be in good hands under head coach Chris Holtmann. So far this season, the Bulldogs have an 18-4 record (7-3 in Big East play) and are on pace to make the NCAA Tournament for the third-straight year. Their offense ranks 18th in adjusted offensive efficiency according to Kenpom.

The Creighton Blue Jays, for the most part, have been enjoying a successful season. They are 19-3 and have a 6-3 mark in Big East play. However, their season took a huge step back when it was announced that senior guard Maurice Watson Jr. would miss the rest of the season with an ACL tear. Watson was leading the nation with 8.5 assists per game. His absence took a toll on the Blue Jays as they lost their next two games before getting back on the win column with a 83-66 victory over DePaul.

The game will begin tonight at 7:00 in Indianapolis, Indiana.