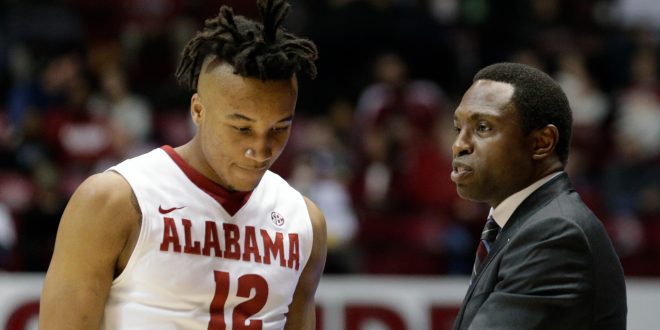 This weekend, the Alabama Crimson Tide (13-7)  and the Auburn Tigers (14-8) will face off in a rematch from their game in mid-January.

In that matchup, the Tigers came away with a lopsided 84-64 win. The Tigers outscored the Crimson Tide by 20 in the second half, following an even score at intermission.

During this previous matchup the Tigers shot an even 50 percent from the field, while the Tide shot only 41.1 percent from the floor. Alabama was indeed dominated in a majority of these statistical categories. However, they did have an edge in offensive rebounding, grabbing 15 in comparison to the Tigers’ 10. Despite the the edge on the offensive boards, rebounds were all even at 34 at the end of the game.

Some of the bigger factors that impacted the game were the personal fouls and the free throw shooting. Alabama committed 26 personal fouls, which translated to 42 free throw attempts for Auburn.

The Tigers shot 66.7 percent from the line, knocking down 28 free throws. Those 28 free throws made were more than the number attempted by Alabama, with 19 attempted and nine made by the Tigers.

Alabama was trigger happy from the perimeter, shooting 21 times from beyond the arch but only making six. Auburn shot only 13, but knocked down eight of their attempts.

Turnovers were fairly even, with Auburn turning it over 10 times in comparison to Alabama’s 13.

Since their last matchup, the Tigers have gone 1-2 while the Tide have won two in a row. Alabama has been riding the hot streak of freshman forward, Braxton Key.

Key is averaging 22.5 points and nine rebounds during their two game winning streak.

Auburn is coming off a loss to the Tennessee Vols by a score of 87-77.  Despite losing, the Auburn backcourt scored a combined 48 points.

Jared Harper led both teams in scoring, knocking down 6 of his 11 shots for 21 points. Senior guard Ronnie Johnson scored 15 points in just 15 minutes of play.

Alabama will host Auburn Saturday at the Coleman Coliseum. Tipoff will begin at 8:30 p.m.