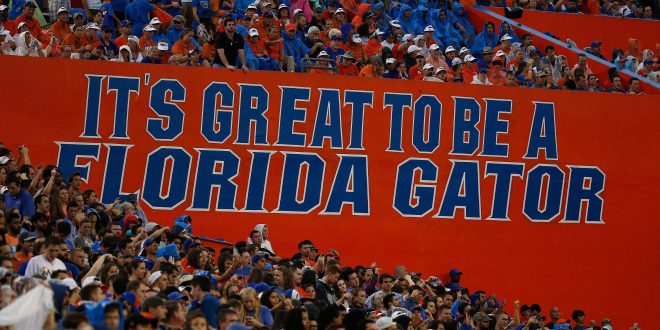 Coach McElwain’s recruiting is starting to pay off. The Gators have climbed into the top 15 in four major recruiting rankings: No. 12 in Rivals and Scout, 14th in 247 sports and 15th in ESPN. This coming after the Gators added three, four-star cornerbacks; Brian Edwards, Brad Stewart and Marco Wilson, three-star cornerback Shawn Davis, and three-star safety Donovan Stiner.

Every season the Gators show up with a strong defense especially at DB and this year looks to be the same. The Gators have added multiple four-star recruits along with some underrated three-stars.

A huge addition to Florida is a four-star corner, CJ Henderson. Henderson attended Christopher Columbus in Miami and was expected to go to the University of Miami. However, Henderson’s flop from Miami to Florida will be a much-needed addition to the Gators roster who are losing big playmakers like Quincy Wilson and Teez Tabor.

Coach McElwin will take the podium at 3:15 today to speak about this years recruiting class. McElwain has been active all day on social media welcoming the new recruits. 140 charters can’t be enough to express his excitement for the upcoming season and the recruiting class he pulled together.

Don’t forget to tune into ESPN Gainesville to stay updated on all things recruits.

Stay up to date with all that's going on this Signing Day! #Gators #Recruiting https://t.co/723kxv7O4Q

The Carolina Panthers obtained new talent on Monday. https://twitter.com/brgridiron/status/1442489239686553604 The Panthers were already down a …