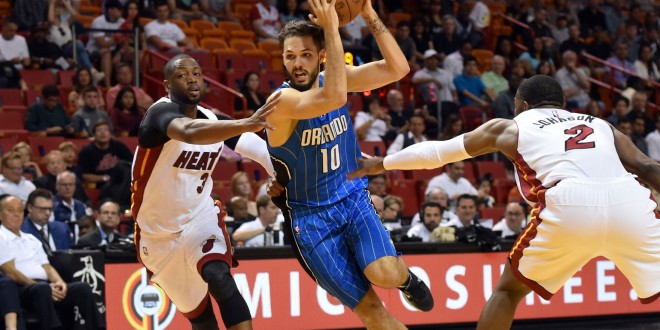 The Orlando Magic are at the lowest point in their season after their loss against the equally-as-low Philadelphia 76ers and a 32-point loss to the Dallas Mavericks. They have not won back-to-back games in a month-and-a-half and will be going into the game against the Miami Heat tonight with a four game losing streak. Magic stands with the second-worst record in the Eastern Conference and the fourth-worst record in the league.

The team’s losing season has put the pressure on Magic general manager, Rob Hennigan. While blame cannot be put on anyone person, Hennigan was given the the position five years ago to rebuild the team. Instead of rebuilding, this has been the worst five-year stretch in franchise history. The Magic have tanked entire seasons to get high draft picks; but those new draft picks are no longer looking promising as their shooting guard Victor Oladipo was traded after last season for Serge Ibaka, who will likely be playing for another team next season.

The Heat were on a 13-game winning streak, the longest in the NBA of the season, when they lost to the Philadelphia 76ers Saturday night. They are starting to talk about making a playoff push, which is unbelievable considering they were standing at 11-30 just a month ago. They sit two games back of the East’s final playoff spot. Their current standings are 10th in the the Eastern Conference, not too far from their 14th ranked opponent, the Magic. The game tonight is very important for the Heat, as they hope to get back to their game after the disappointing end of their win streak.

All good things must come to an end. We're right back at it Monday night inside @AAarena!#HEATisOn pic.twitter.com/RY8TxtGA0f

The Magic will be keeping their focus beyond this season and look towards their long-term future of rebuilding a stronger team. They need to find ways to give their fans and the franchise hope for future seasons.