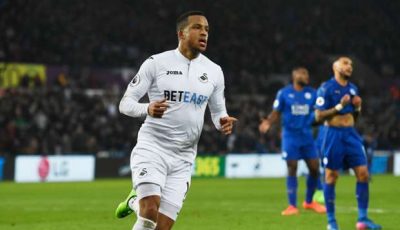 Pep Guardiola’s squad entered the match with a chance to apply pressure on league leaders Chelsea by winning and moving into second place, just eight points behind.

They did just that, dominating in both possession (62%-38%) and shots (17-5) from the beginning, earning a two goal win at the Vitality Stadium.

There was a tinkered look to the City back four, as Fernandinho started at right back and Bacary Sagna started at center back.

Sergio Aguero was left off the starting eleven yet again, benched in favor of the young starlet Gabriel Jesus, who scored both goals in last week’s win over Swansea.

Aguero didn’t last long on the bench though, coming on in the 15th minute after the young Brazilian suffered a leg injury.

City almost opened the scoring just eight minutes later. David Silva played a cutback pass into the box for a wide open Raheem Sterling, whose shot deflected off a defender and clanked off the right post. Kevin De Bruyne’s follow up effort sliced wide, and the game remained scoreless.

That changed three minutes afterwards, as Sterling benefitted from a deflection at the 26th minute. Silva again played a cross into the box, and the deflection placed the ball in the path of a streaking Sterling towards the back post. Sterling just needed to get a touch on the ball, which he did, and the ball flew into the net for the 1-0 lead.

THAT WAS EASY! Raheem Sterling speeds past Bournemouth's defense to put Man City up 1-0. #PLonNBC pic.twitter.com/NvuAORJTWM

Bournemouth applied pressure in the late stages, including seeing a goal disallowed for a seemingly soft foul, but nonetheless entered halftime down by a goal.

Aguero made his presence felt in the second half, helping City double the lead 22 minutes after the restart.

Fernandinho, who floated across the backline and defensive midfield throughout the match, made a run down the left and slid the ball off to Sterling. Sterling ran with the ball from his wide position towards the box, shifted towards the touchline and sent in a low cross. Aguero made the forward run and beat his defender to the ball, getting a touch on the ball before it deflected in off of Tyrone Mings.

Leroy Sane had a chance to ice the games twice in the final fifteen minutes, with one effort banging off the crossbar much to his disappointment.

Caballero was solid in goal, starting over the struggling Claudio Bravo, and made a fine save in the final ten minutes to preserve the two goal lead.