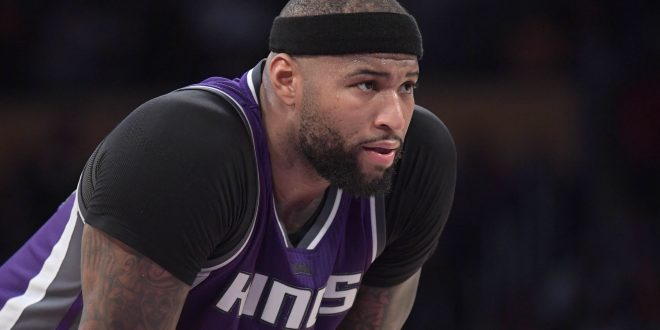 The Sacramento Kings have been one of the most disappointing teams in recent memory. For those who are not aware, the Kings haven’t made the playoffs since the 2005-2006 season. You thought a 10-year postseason drought was bad, the Kings haven’t won a playoff series since 03-04 season.

However, the Kings have arguably the best Center in the NBA, Demarcus Cousins, and young talent around him which bodes well for the future. Well not anymore. News broke Sunday night after the All-Star game that Cousins was traded to the New Orleans Pelicans. Might I add that Cousins was in New Orleans when he found out about the trade.

DeMarcus Cousins reaction after he finds out he was traded. pic.twitter.com/gqM1mTvwPY

It’s not as much of a question to why Cousins was traded. The question most of the world had was why trade him for so little? The Kings received rookie Buddy Hield, Tyreke Evans, Langston Galloway, and for the Pelicans first and second round picks in the 2017 draft. According to Kings General Manager Vlade Divac, the Kings received a better offer over the weekend, but ultimately decided trading him to New Orleans was the best choice.

On paper that looks like the Kings got a good amount in return, but if the rumors of the Kings buying out Evans’ contract are true then the Kings are essentially getting Hield and a first rounder for the best Center in basketball.

Sure, Cousins has been one of, if not the best big men in basketball since entering the league. He has also been one of the most criticized players in the league for his issues on and off the court. For those reasons, it made sense for Sacramento to part ways with Boogie Cousins.

What could possibly be wrong about a guy who can give you 30 and ten every night? Well there’s nothing wrong with that, but what if that player gets suspended multiple times each season? Demarcus Cousins has a history of getting frustrated mid-game and letting his emotions get the best of him. Here’s just one example of a classic Demarcus Cousins temper-tantrum.

This was just one of the most recent outbursts from Cousins. He has a league high 19 technical fouls this year. To put that in perspective, the NBA suspends players for a game after receiving their 17th technical foul. The second half of the season hasn’t even started and Cousins has already been suspended due to techs. However this behavior has been pretty consistent throughout Cousins’ NBA career.

With the trade deadline coming on February 23rd, Divac said moving Cousins now was the right move for the teams future and culture.

However the Kings are sitting just a game and a half behind for eighth place in the Western Conference. Does trading your best player for close-to-nothing really help a teams playoff  chances?

As mentioned before, the Kings received a better offer for Cousins late last week, but decided it wasn’t the right time to part ways. Sacramento didn’t have a first-round pick in the 2017 draft, so adding picks was a necessity for the Kings. Adding young talent is important for any franchise, but this years draft class is being classified as one of the best classes of this decade.

The Kings managed to get a little younger in the trade, acquiring Buddy Hield who at this time last year was the talk of collegiate basketball. Hield has had a solid rookie year, averaging just under nine points and three rebounds per game. The question still remains: why trade Cousins now?

The Future of Sacramento

Well, part of the reason why Sacramento made the trade with New Orleans might have to do with the Kings owner Vivek Ranadive. According to him, Buddy has “Steph Curry” potential. If Heild can turn into half the player Curry is, then the Kings made a good decision bringing him to Sacramento.

Cousins has been surrounded by trade rumors for the last two seasons, but he has only gotten better since the start of last season. Cousins continues to improve in all assets of the game, except the fact he can’t seem to keep his cool. Ultimately, that was enough for the Kings to part ways with Cousins.

Time will tell if the Kings made the right or wrong move, but for now, Cousins says goodbye to Sacramento as he heads to his new home in New Orleans alongside Anthony Davis.