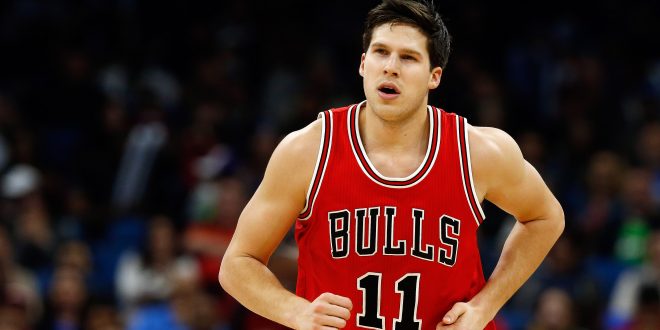 The NBA trade deadline had fans biting their nails hoping that their favorite players didn’t get traded, but more importantly hoping that their teams receive more talented faces. After a wild ride, the NBA trade line has come to a close and has left us with some familiar faces in new places.

The Chicago Bulls have officially traded Taj Gibson and Doug McDermott in exchange for three of the Oklahoma City Thunder’s players: Cameron Payne, Joffrey Lauvergne and Anthony Morrow. Not only did the Bulls trade these players, but they also included a 2018 second-round pick in the exchange.

Thunder agree on a trade package to send Cameron Payne to the Bulls for Doug McDermott and Taj Gibson, per @TheVertical pic.twitter.com/vXzAz0cX0A

Gibson, 31, is in the last year of his contract and has been with the Bulls for eight years. Gibson has been a power forward that brings a defensive presence. He scored an average of 9.4 points per game and 6.4 rebounds per game throughout his time with the Bulls.

McDermott, 25, is known for being drafted 11th overall during the 2014 season. His statistics have been decent, with an average of 10.2 points in 44 games this season. He has shot 37% from 3 this season.

Payne, 22, was the 14th overall draft pick in the 2015 NBA Draft. He was selected by the Thunder and played in a total of 77 games for them, averaging 5.3 points per game. Payne had to miss 37 games this season due to surgery on his right foot caused by a fracture. Payne has served as a point guard for the Chicago Bulls.

Lauvergne, 25, made the switch from the Nuggets to the Thunder over the summer. During his time with the Thunder, he played in 50 games averaging 5.7 points per game and 3.7 rebounds per game.

Last but not least, Morrow, 25, has spent the last two and a half years playing for the Thunder. He averaged 5.8 points per game.

The Dallas Mavericks have traded center Andrew Bogut to the Philadelphia 76ers forward for Nerlens Noel.The Mavericks will also send a first round pick and Justin Anderson to Philadelphia.

Nerlens Noel will be traded from the 76ers to the Mavs for Andrew Bogut, Justin Anderson, conditional 1st-rounder, per @ESPNSteinLine. pic.twitter.com/0Ceu5vq0rg

Bogut, 32, played as a center for the Mavericks. In 26 games, Bogut averaged 3 points per game and 8.3 rebounds per game.