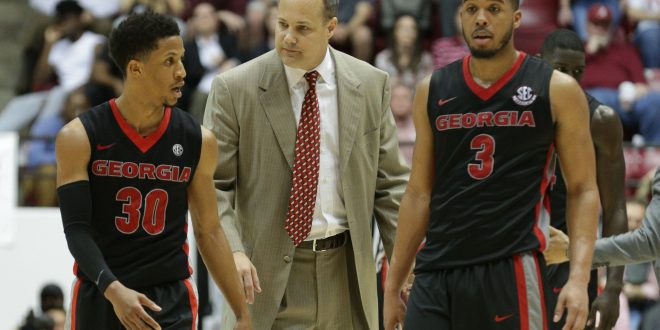 The LSU Tigers will travel to Athens, Georgia to face the Bulldogs on Saturday evening.

J.J. Frazier scored 28 points on Thursday night to lead the Bulldogs to a 60-55 victory over Alabama. Georgia was short-handed without forward Yante Maten, who was forced to exit Saturday’s 82-77 loss against Kentucky due to a significant knee sprain. Georgia was able to hold Alabama to just 21-of-63 shooting (33.3 percent) and the Bulldogs are now 7-8 in conference play.

J.J. Frazier had his 9th 20-point game of the season! He's averaging 27.5 PPG over his last 4 games. #RaiseTheFlag pic.twitter.com/9DWG6kNzUT

The last time the Tigers and Bulldogs met was January of 2016, and LSU walked away with a 89-85 victory. However, this season might be different as LSU is in place last in the SEC.

The Bulldogs will play without Maten, the 6-foot-8, 240-pound junior, who is third in the SEC in scoring at 18.7 points per game. Georgia has proved it can play well without Maten; the team will rely on E’Torrion Wilridge, Pape Diatta, and freshman guard Tyree Crump to fill his shoes for the remainder of the regular season. If Georgia beats LSU at home, they will be 17-12 with two games remaining against Auburn and Arkansas. This game can set Georgia up for a better chance at clinching a spot in the NCAA tournament.

The Bulldogs will host the Tigers at Stegeman Coliseum on Saturday with tip off set for 6 p.m.