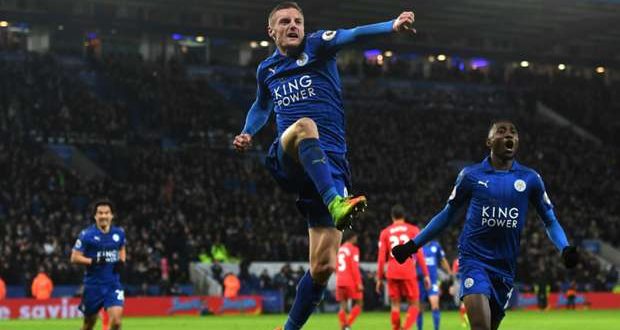 Leicester City scored their first league goal of 2017 and earned a win in their first match since firing ex-manager Claudio Ranieri in a shocking 3-1 win at home over Liverpool. Jamie Vardy spearheaded the effort with a brace on a goal on either side of halftime, and Danny Drinkwater contributed with a goal of the week of the candidate.

The win marks Leicester City’s first since New Year’s Eve, and puts them in 15th place. They now sit two points clear of the relegation zone with 24 points.

It was a return to old form for the Foxes, with the team playing like last year’s champions in front of the home crowd. They pressed, defended well, counter-attacked, and made efficient use of their chances.

Their first capitalization of the game and of 2017 came on 28 minutes. A Leicester throw in bounced around a few times at midfield before falling to the feet of Marc Albrighton. He immediately sent Vardy through on a wonderful through ball, and Vardy used his pace to get in behind the defense and latch onto the ball. He calmly finished near post, and sent the home crowd into a frenzy with his first goal since his hat-trick against Man City in on Dec. 10, 2016.

Six minutes before a halftime, a sublime strike from Drinkwater doubled Leicester’s lead. Liverpool left-back James Milner headed clearance from a cross failed to bounce past the feet of Drinkwater about 10 feet outside of the box. The Leicester midfielder took the ball straight off the high bounce, smashing it first-time into lower right corner, leaving Simon Mignolet with nothing to do but stand still and watch the ball fly into the back of the net.

Vardy sealed the game’s fate with his second goal of the game at the 60th minute. Some good interplay between Riyad Mahrez and Christian Fuchs on the left wing led to an excellently placed cross from Fuchs. Vardy sailed above all of the Liverpool defenders, and neatly headed it into the right side of the net to make it a 3-0 Leicester lead.

Coutinho was able to pull one back for the Reds and Jurgen Klopp’s side eight minutes later when he drove into the box before beating Kasper Schmeichel on a low driven shot to give Liverpool life.

Instead, Liverpool lacked creativity in the final third down the stretch. They sent men forward in the final twenty minutes of the match, but were unable to break down a sturdy Leicester defense that was so crucial to their title run last year.

The loss puts Liverpool in danger of falling to sixth place, with Manchester United just one point behind with a game in hand. Meanwhile, Craig Shakespeare, a poetic name for the manager replacing Ranieri, must now have his team turn its focus to a crucial match against fellow relegation battlers Hull City this upcoming weekend. 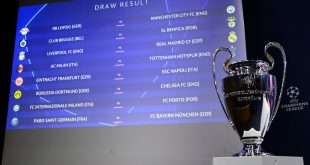