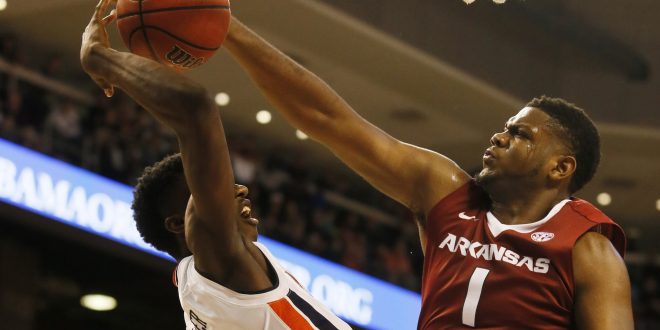 Arkansas Coming In Hot to Gainesville

The Arkansas Razorbacks will face the Florida Gators Wednesday night from the Exactech Arena. The Razorbacks are winners of five straight games and are now in Joe Lunardi’s bracketology as a nine seed.

Arkansas has always been a good offensive team. In fact, they are the second best scoring team in the SEC behind Kentucky. During this win streak, they have been averaging 84.8 points per game.

What has changed for them is their defensive effort. Arkansas has been a better defensive team over this late season stretch. Assistant coach Matt Zimmerman gives sole credit to their recent success to their defense.

Don’t Worry if it Ain’t Pretty

For the most part, Kentucky and Florida get all the love in the SEC. South Carolina does get some credit considering they are projected to be a tournament team. Zimmerman knows his team is not the prettiest out there, but they know how to get the job done.

The guy that has embraced the scrappiness attitude of the team is Dusty Hannahs. He is the leading scorer for the Razorbacks with 14.7 points per game. The senior is crafty with the basketball on both ends of the floor. Zimmerman says he fools a lot of people when he plays.

What a Win Means

With a win, Arkansas moves up to third place in the SEC standings. They would also extend their win streak to six games. The timing couldn’t have been better to get hot with postseason play just around the corner.

Senior at the University of Florida. Working at ESPN Gainesville for four years, covering Florida football, softball, and baseball.
@FJuncadella
Previous SEC Hoops Preview: Tennessee at LSU for Senior Night
Next Heat Back to Winning Ways After Defeating 76ers