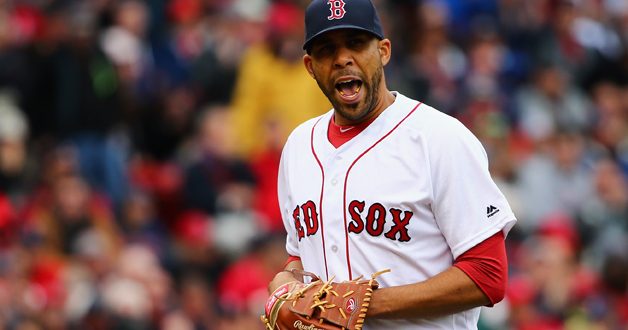 BOSTON, MASSACHUSETTS - APRIL 11: David Price #24 of the Boston Red Sox reacts on his way into the dugout during the fifth inning of the Red Sox home opener against the Baltimore Orioles at Fenway Park on April 11, 2016 in Boston, Massachusetts. (Photo by Maddie Meyer/Getty Images)

David Price’s Injury May Spell Trouble for the Red Sox

The Boston Red Sox are already off to a shaky start. Before yesterday’s 19-2 win over the Tampa Bay Rays, the Red Sox were on a five game losing streak; a far cry from last year’s East title. The title was partly the result of signing star pitcher David Price, who pitched 228 strikeouts during the season. However, a soreness in Price’s elbow has now upgraded to an injury, leaving his status unknown.

The Price of David Price

After a stellar 2015 record with Toronto, David Price received a seven-year, $217 million contract with the Red Sox. His debut resulted in a win and eventually, the team won the East division title. However, his recent elbow soreness is more intense than usual according to manager John Farrell.  After an MRI revealed some fluid and discomfort, Price was out of the starting line. And without Price in the pitching lineup, a shot at the World Series seems slim.

The team is staying relatively right-lipped about Price’s status for the rest of the season. The pitcher will get a second opinion from renowned sports Dr. James Andrews during the NFL Combine. Then, Dr. Neal ElAttrache will examine Price immediately after to solidify the answer. He is currently pitching simulations while awaiting his results.

Who Will Step In?

The Red Sox are currently cycling through pitchers because of Spring Training. But, with Price as the team’s best bet, many are wondering if the new starting lineup is good enough. Right now, pitcher Brian Johnson is the best of a mediocre bunch. Chris Sale is also generating a lot of pitching buzz, but will start next week after being traded from the White Sox. The Red Sox travel to Atlanta this afternoon to play the Braves, where Rick Porcello plans to pitch.