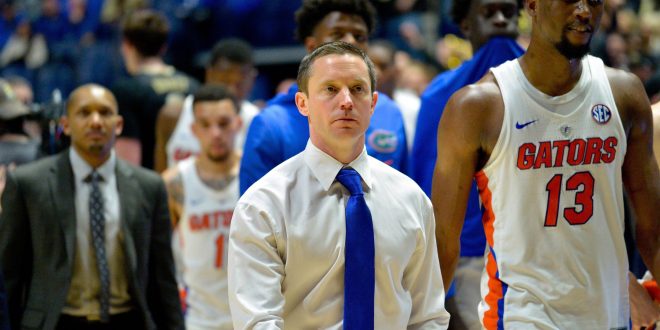 The Big Dance always brings together combinations of teams so different, it’s jarring they could be in the same division of basketball. The Florida Gators received a four-seed after finishing the season 24-8, despite an SEC quarterfinals exit after a third loss to Vanderbilt. The ETSU Buccaneers qualified for the NCAA Tournament after taking down UNC-Greensboro in the Southern Conference Championship, 79-74, to clinch an auto-bid.

For Florida, winning the conference was a distant shot and far from a necessity to make the tournament. For East Tennessee State University, it meant everything. Despite impressive wins against Mississippi State, UC Irvine, Milwaukee and South Dakota State this season, without a SoCon championship, the Bucs might not have even made the NIT.

The backgrounds of these two teams, despite both playing at the D1 level, is remarkably different. Florida’s roster is made up of blue chip recruits, featuring two 5-star, four 4-star and three 3-star recruits. ETSU’s roster consists of five JuCo transfers and three D1 transfers from Indiana and Wichita State. Despite all of these differences, the two teams will meet in Orlando on Thursday around 3:10 p.m. in the biggest melting pot of them all, the Round of 64.

As they prep for their opener, @GatorsMBK is all business knowing they can’t overlook the No. 13 seeded Buccaneers from ETSU. pic.twitter.com/mU1HWiPkno

East Tennessee State University’s run to the NCAA Tournament can be summed up with two words, speed kills. The Bucs’ tallest player is 7’0″, but their next biggest player is only 6’9″. ETSU has been so successful this season because of their ability to run the floor and get going in transition.

The Bucs play a similar style to the Gators and their numbers prove it. ETSU ranks 10th in the nation in total steals (284), 14th in steals per game (8.4 SPG) and 27th in turnover margin (+15.56). In their SoCon tournament run, the Bucs forced 10.3 turnovers per game. ETSU has four different players averaging a steal or more per game.

Despite their height, ETSU is productive on the glass and in the air. The Buccaneers are 34th in the nation in blocks per game (4.8 BPG) and 50th in rebound margin (+4.4).

Along with their pace of play, East Tennessee State has made their run with loads and loads of offense. The Bucs rank 41st in the NCAA in points per game (79.9 PPG) and do it efficiently. ETSU is 10th in the nation in field goal percentage (49.1%), 44th in three-point percentage (38.3%) and 27th in the nation in scoring margin (+10.6). Along with their sharpshooting, the Bucs have a knack for getting to the charity stripe and have taken the seventh most free throws in all of college basketball this season (840 attempts).

Leading the offense is none other than T.J. Cromer, ETSU’s jack of all trades. Cromer has scored the 30th most points in college basketball this season and is averaging 19.1 points per game on 45.4 percent shooting from the floor while knocking down 40.4 percent of his shots from beyond the arc. The senior, junior college transfer has scored 41 and 23 points in his past two contests and went 9-12 from three-point range in ETSU’s SoCon semi-final game against Samford. Cromer has made the 18th most three-point baskets in the nation this season and ranks 39th in three-point percentage.

The Gators lost three of their final four games to end the season, but two of those losses came against Vanderbilt, or as Florida fans know them, UF-kryptonite. In those contests, the Gators averaged 69.3 points per game, which is a full nine points below their season points per game average. Despite these losses, the Gators still hold a clear advantage coming into Thursday afternoon’s game.

Thursday afternoon’s game will tip-off around 3:10 p.m., or whenever Virginia-UNC Wilmington concludes on TruTV. You can listen to the game, as always, on the Gator IMG Sports Network.