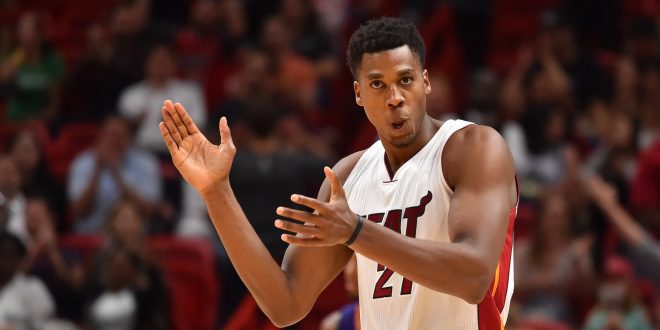 From Guaranteed Lottery to Playoff Contender: What Exactly Happened in Miami?

Only two short months ago, the Miami Heat were destined for top five pick in the 2017 NBA Draft. On January 13th, the Heat were 11-30 and had just lost 18 of their past 22 games. Then the impossible happened. They went on a 13-game winning streak and have clawed their way back up to the 8th seed of the Eastern Conference..

While the Heat currently own a 1.5 game lead over the Chicago Bulls and Detroit Pistons for the 8th and final seed in the playoffs, their road to the postseason will be extremely difficult. Only 11 games remain on their schedule, and none of them will be easy. They face the top four seeds in the East a total of six times during this 11-game stretch (Cleveland, Boston, Toronto twice, and Washington twice).

How They Turned Their Season Around:

Coming into the season, the biggest question mark for this roster was depth. Through their abysmal start to the season, this question was confirmed. However, since then, depth has been their trademark. Goran Dragic (20.2 points, 3.9 rebounds, 5.9 assists) and Hassan Whiteside (16.8 points, 14.2 rebounds, 2.1 blocks) are both playing like bonafide all-stars. The emergence of Dion Waiters (15.8 points, 3.3 rebounds, 4.3 assists) has provided a huge lift for this roster, especially with his growing confidence and great play in clutch situations. Tyler Johnson, James Johnson, and Wayne Ellington have also provided some much-needed consistent play to support their duo of stars.

They rank 5th in offensive efficiency at 111.4, behind only Denver, Cleveland, Golden State, and Cleveland. They also are 11-1 against teams above .500 during this span, with their only loss coming against the Pacers on the second night of a back-to-back without Goran Dragic. Just to be clear, they beat Cleveland twice, Houston twice, Atlanta twice, Golden State, and Toronto, just to name a few. They also rank 3rd in defensive efficiency at 102.8, only behind the likes of San Antonio and Golden State, who have a combined record of 111-30 (.787). They have the best three-point percentage (39.9%), 5th best field goal percentage (47.8%), and 2nd best plus/minus (8.5) in the league. The Heat are 24-6 during this span, which is the best record in the league.

Heat's next two are against Raptors and Celtics. Heat have not lost to a team with a winning record since Jan. 13.

The Miami Heat will take on the Toronto Raptors tonight at 7:30 p.m. from the American Airlines Arena. They are currently 1-1 against the Raptors this season, who are forced to play without Serge Ibaka after last game’s brawl with Robin Lopez and the Chicago Bulls. However, Dion Waiters is out for the Heat with a sprained left ankle. Both the Heat and the Raptors are looking to boost their playoff position as the regular season winds down, so expect a tight, physical battle in South Beach.