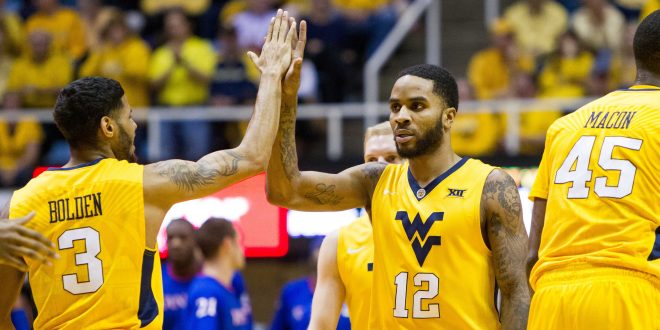 “Press Virginia”  as their fans have lovingly named them have bullied their way through the tournament.  West Virginia has become known for tough defense and physical play.

West Virginia’s physical style of play leads the other team to commit multiple turnovers.  Opposing teams average 20 turnovers per game when facing the Mountaineers.  In West Virginia’s first and second round games they defeated the Bucknell Bisons 86-80, then the Notre Dame Fighting Irish 83-71.  In both games West Virginia forced 14 turnovers.  This constant barrage of defensive pressure is mentally tiring on the opponent, while also slowing down the game.  Head Coach Bob Huggins says this slow tempo will be key if the Mountaineers look to pull the upset over the one seed tonight.

The Bulldogs ended their 2016-2017 campaign with only one loss on their schedule and a one seed in West Region.  Gonzaga often gets knocked for their weak strength of schedule. Although, Head Coach Mark Few and his team should not be overlooked as a weak one seed.  The Bulldogs have stormed through the dance so far.  Gonzaga has secured a 66-46 win over South Dakota State and then a 79-73 win against the Northwestern Wildcats.

Although they are the one seed Gonzaga is going to have their hands full with the pressure of West Virginia.  Coach Few says the press is unlike anything his team has seen this year and something that is nearly impossible to replicate in practice.   One “big” advantage the Bulldogs will have is their pair of 7-1 centers Przemek Karnowski  and Ryan Edwards.  Although neither is seen as a proficient passer their ability to see over the press of the Mountaineers could be a vital component in the Bulldogs ability to break the press.

Tonight’s game will be decided in Gonzaga’s back court. If the Bulldogs can consistently make it past the half court line of West Virginia they will have the advantage in the half court.  Gonzaga has the size and skill to defeat the Mountaineers, but the press is the deciding factor.  If West Virginia is able to cause enough havoc in the back court they will have a chance for the upset, if not they may be in for a long night.

Tip off is at 7:39.  The winner of this game will go on to face the winner of Xavier and Arizona.