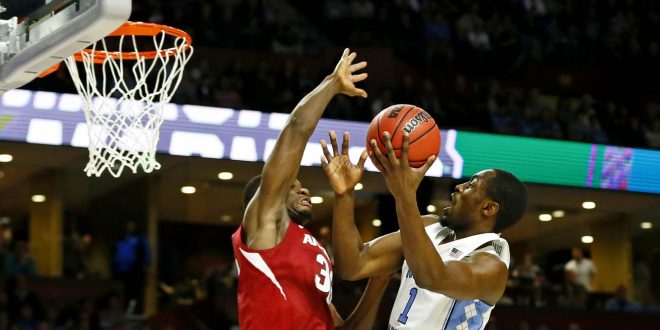 The North Carolina Tar Heels (29-7) will play the Butler Bulldogs (25-8) later tonight in Memphis for a chance to move on to the Elite 8. Both teams have become regulars at this stage of the season and will look to advance.  The teams have met four times in school history splitting the series, but the Bulldogs have ended up on top the last two meetings.

The Tar Heels have officially been to seven straight Sweet 16’s.  They have been to this stage many times before but have been knocked out in this round four of the last five years. This round has seemed to haunt the team, though last year they pushed through and became the National Runner-up. North Carolina Head Coach Roy Williams has made it clear that his team’s focus is on beating Butler.

The Tar Heels have been a consistent offensive force averaging 85.1 points per game. Leading the way for the Tar Heels, Junior Justin Jackson is averaging 18.1 points per game and is shooting from the field at a rate of 44.1%. Though, the teams most noticeable attribute is crashing the offensive glass averaging approximately 16 rebounds a game, the nations most. The Tar Heels success is founded upon wearing down opponents by prolonging their offensive possessions with many second chance opportunities.

Butler has their work cut out for them against UNC. Butler’s Head Coach Chris Holtman has even compared the Tar Heels basketball program to the dynasty of Lombardi’s Packers. This will be a true test for Butler as they look to emerge to their first Elite 8 since the 2010-2011 season.

Butler’s offense isn’t the most explosive averaging 76.2 points per game but they shoot efficiently at a rate of 47.9% from the floor. They have a unique trio of players averaging over ten points a game in Kelan Martin (16),  Andrew Chrabascz (11.1) and Kamar Baldwin (10). This spreads the floor as opponents know that any of these players could go off at any time.

Though, the reason why Butler is so successful is their ball handling. The team turns the ball over only 10 times a game on average, sixth in the nation. This allows them to have more effective possessions with potential scoring situations.

Butler’s biggest concern however, is their mismatch on the boards. Butler is not a very good rebounding team on both sides of the board averaging only 32 rebounds a game,  278th in the nation. They are going to have to pick his part of their game up if they want a chance to upset the Tar Heels.

The Tar Heels and Bulldogs are playing later tonight at 7:09. The victor will move on to the Elite 8 with a potential date against Kentucky or UCLA. The loser unfortunately experience something Memphis is well known for, the Blues.