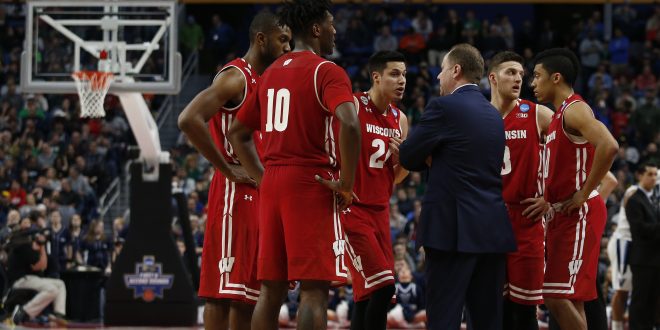 Mar 18, 2017; Buffalo, NY, USA; Wisconsin Badgers head coach Greg Gard huddles with his team in the second half against the Villanova Wildcats during the second round of the 2017 NCAA Tournament at KeyBank Center. Mandatory Credit: Timothy T. Ludwig-USA TODAY Sports

For the fourth consecutive year, the Wisconsin Badgers will play in the NCAA Tournament Sweet 16. The Badgers will look to advance this time however, as this is the same round in which they were eliminated in last year. To do so, they will first have to get past a Florida Gator team that is on the rise.

In Wisconsin’s stunning win over Villanova, their offense was firing on all cylinders. Specifically, the Badgers received an outstanding performance from their senior big man Nigel Hayes. Hayes put up 19 points and grabbed eight boards against the defending champions.

For those who may not be familiar, associate head coach Lamont Paris said his team works very well together and has the ability to score at ease. In addition to Hayes, guard Bronson Koenig and forward Ethan Happ added 29 points in the victory. The Badgers showed their versatility and maturity when they ended the game on a 15-5 run.

A big reason why? There are four, really. Each senior. https://t.co/UX0zI2mbJ3

Experience on Their Side

The Badgers are very well aware of what it takes to push through in pivotal moments. Although the team came up short this time last year, they have made strides toward their goal this year.  The team finished second in the Big 10 and overcame three overtime contests. But none more noteworthy than their most recent triumph, against No. 1 seed Villanova. Coach Paris said that because of the team’s history and maturity, they have become accustomed to winning in close games.

With four seniors leading the way, the team is very well prepared for redemption. Coach Paris said that the team is able to adjust to any team’s pace and style of play. He also added that it should be a good matchup between the two teams because of the vast differences in style of play between the Big 10 and the SEC.

In order to come out on top, coach Paris said the team must ultimately pay attention to detail. Some other things the Badgers must do include:

Wisconsin is set to tip off against the Gators tonight at 1o p.m.

@Bree_Max03
Previous No.12 Gator Baseball Returns Home to Host No.4 LSU In SEC Showdown
Next Four Teams Punch Their Tickets to the Elite Eight After Wild Night of Sweet 16 Action 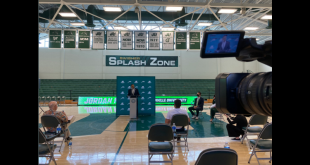