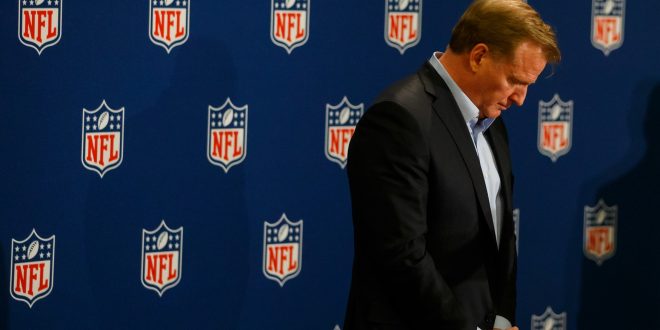 State Of The NFL

The 2017 NFL Draft is just under a month away. Teams across the league are going to various Pro Days and are making their final evaluations before they need to make their selections in the draft.

Teams also need to keep in the mind the various changes being made in the league before hitting the field for training camp.

It’s a very exciting play but it’s not going to be seen anymore in the NFL. On field goal or extra point attempts, players can no longer leap over the line of scrimmage to block a kick.

“Egregious” Hits Will Not Be Tolerated

The NFL has taken upon themselves to put player safety first. In recent years, they have implemented rules to protect players from contact with the helmets and getting blindsided. The league is trying to make more steps forward.

No official rule change will be made, but the NFL and teams want to put an emphasis on protecting the players from bad hits.

Rich McKay, the President and CEO of the Atlanta Falcons, had strong words about the matter.

“We recommend suspension, even for first time offense. Why? Because the hits were very egregious and we quite frankly just want to get any of those hits out of our game. And we think one way to get them out of our game is suspension because we think that’s the ultimate deterrent to all players to not have those types of plays not to occur.”

What Happens in Vegas, Won’t Stay in Vegas

All the buzz surrounding the league this week is the Raiders organization’s move to the city of Las Vegas. Every team except for the Miami Dolphins approved the move.

However, just because the team is moving to Sin City doesn’t mean they can partake in all the fun.

NFL commissioner Roger Goodell mentioned that no change has been made to the NFL Gambling Policy.

“We did not change any of our gambling policies in the context of the Raiders’ relocation. It wasn’t necessary, the Raiders didn’t ask for that. We do not see changing our current policies.”

Still No Word on Celebrations

“I asked that it be tabled. I’d like to meet with a group of players to try to get some more input from them. We also want to put more in bringing clarity to the rule while allowing our players more ability to express themselves, to celebrate. We want to see that.”

That is what Goodell had to say about the possible celebration rule change in the NFL. Most likely no official rule will be made soon, but it is something that is going to be addressed.