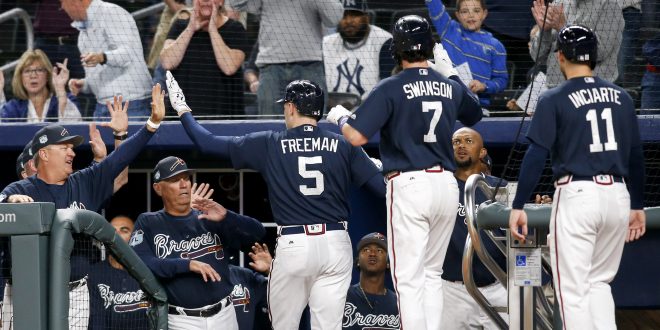 Braves Look to Prove Themselves in 2017

The Atlanta Braves will open their season against the New York Mets today. Although the Braves will not be kicking off the season in their newly renovated stadium, Braves manager Brian Snitker says, it’s not that big of a deal, and expects the team to perform well in New York.

Spring training proved to be a rough start to Atlanta’s season. The Braves went 2-4-1 during preseason play. Having its only two wins against the Detroit Tigers and the New York Yankees. Unfortunately, two of those losses and a tie came from the Mets.

Which some believe has something to do with the World Baseball classic. The team sent 10 of its players to the tournament. Five of which are on the active 40-man roster and five that are minor league players.

However, Braves first baseman Freddie Freeman says he has no concerns that the Braves didn’t have a lot of games together in the spring because of the World Baseball Classic.

The Mets-Braves National League East rivalry starts a new chapter on Monday when the Mets take on Atlanta at Citi Field for Opening Day 2017 at 1:10 p.m. ET.

The Mets will be looking to secure themselves as a powerhouse team as it fights for its third straight playoff appearance. While the Braves will try to prove themselves as a team on the rise. Proving they should not to be counted out of the NL East race.