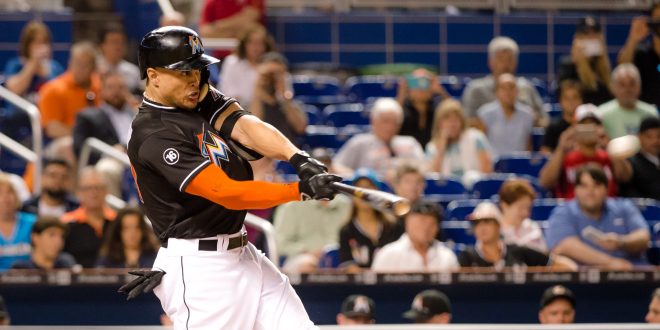 Marlins Look to Put Last Season Behind Them In 2017

Last season was a roller coaster ride for the Miami Marlins. The Marlins dealt with Dee Gordon’s 80 game suspension, Ichiro’s quest for 3,000 hits and an unexpected playoff push. Then came the tragic death of Jose Fernandez, the heart and soul of the Marlins, in late September. The unexpected passing of Fernandez left a dark cloud over the club as the team limped to 79-82 record to finish the season. As a new baseball season begins, the Marlins look to put last season behind them and make a push for the playoffs in 2017.

The Marlins faced an insurmountable task this winter in replacing the team’s most electrifying pitcher. The team understood that there was no replacing Jose Fernandez on the diamond or in the Miami community. The Marlins expect that the off-season signing of pitcher Edinson Volquez will at least fill Fernandez’s leading spot in the rotation. The Marlins also went out and signed Cincinnati Reds pitcher Dan Straily, who is coming off the best season of his career. Returning starters Wei-Yin Chen, Adam Conley, and Tom Koehler will round out the rotation. Each of three returning pitchers for the Marlins have question marks about them, which pose serious concerns for the club. The pitching rotation for the Marlins leaves much to be desired. The staff will be looked under a microscope throughout the season as they try to replace a larger than life player in Fernandez.

The Marlins front office made it a point this off-season to improve the team’s bullpen. They made a push to sign some of the game’s top closers in Aroldis Chapman and Kelly Jansen, but couldn’t seal the deal on either. The push for bullpen help was questioned among Marlins fans, especially after their current closer, A.J. Ramos, had an All-Star season. The team was able to sign former Red Sox relievers Brad Ziegler and Junichi Tazawa to help Ramos in the relief effort. The Marlins bullpen has the potential to help the team keep leads late in games.

The Marlins strength this year, as in year’s past, will be the play of its outfielders. The Marlins boast a stacked starting outfield that include a pair of All-Stars in Giancarlo Stanton and Marcell Ozuna, as well as a Silver Slugger in Christian Yelich. The Marlin bats will only go as far as Stanton can take them. Stanton is such a powerful force in the lineup that he impacts the entire lineup. When Stanton is sending baseballs out of the park, sometimes literally, the other Marlin hitters are able to capitalize on opponents pitching around the $325 million dollar slugger. The only question mark with Stanton is his health. The outfielder has missed serious time over the course of his career due to injuries. Stanton must remain healthy if the Marlins hope to compete for a playoff spot this season.

The 2017 Miami Marlins season won’t be an easy one. The team still trying to adjust to playing without their ace pitcher. The possibility of owner Jeffrey Loria selling the team, while the franchise prepares to host their first All-Star Game, will be a story line throughout the season. The keys for a successful season for the Marlins rest on the arms of its starting pitchers and the health of their superstar. If the pitching staff can surpass expectations and perform on a consistent basis and Stanton can find a way to stay in the Marlins lineup, the Marlins should have a strong chance of making the postseason.

The Marlins will start its 2017 campaign in Washington D.C. as they start a three game series against the rival Nationals. 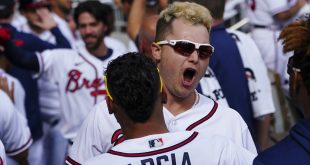