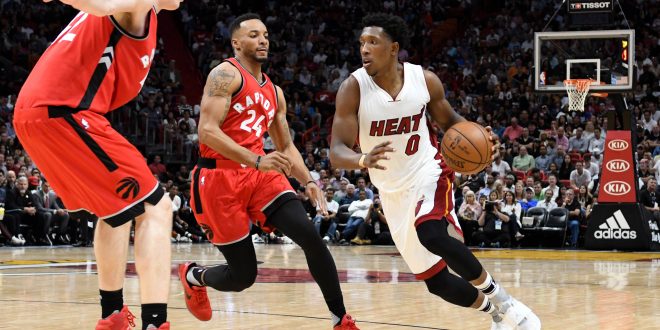 Preview: Miami Heat Have A Chance to Make The Playoffs

After a rough start, the Miami Heat now find themselves inches away from going back to the NBA Playoffs. The Heat will take on the Washington Wizards in a game they must win in order to keep their playoff hopes alive.  The Heat are now 3rd in the southeast division with a record of 40-41. But their chance at the playoffs isn’t completely in their control, as they’ll have to keep an eye on two other teams as well.

"This group doesn't have any quit in them. We were told a long time ago our season was over."-TJ

The first half of the season was rough for the young team as they adjusted to life without Dwyane Wade. They started with a 11-30 record, but came roaring back to now own a 40-41 record. Both Hassan Whiteside and Wayne Ellington acknowledge the pressure and challenge of this game and what it could mean for the Heat franchise.

After coming so far, now the Heat’s fate hangs on a couple of things. But with so much on the line, Heat head coach Erik Spoelstra doesn’t want to worry about anything other than his own team. In terms of making the playoffs the Heat do have a couple of options.  If either the Indiana Pacers lose to the Atlanta Hawks or the Chicago Bulls lose to the Brooklyn Nets, then the Miami Heat will be returning to the playoffs with a win. All three games are taking place tonight at 8 p.m.