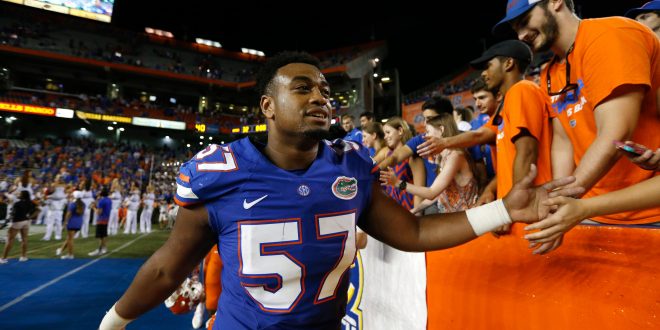 Former Florida Gators defensive tackle Caleb Brantley was involved in a physical altercation with a woman Wednesday night. Police say that the altercation broke out into the street while at a local bar in Gainesville, FL.

According to reports the female did not come forward and no charges were filed. Reports also say that the female struck Brantley first.

The NFL draft is two weeks away and Brantley is projected to be chosen in the first round. The story will continue to be updated as more information is released.