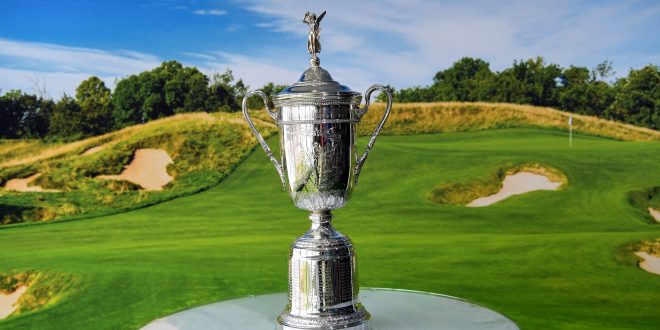 US Open Golf Championship Continues After First Round Complete

18 holes are in the books at the U.S. Open at Erin Hills in Wisconsin. While most stars have failed to shine thus far, one has come to play — Rickie Fowler. Fowler managed to shoot an opening round seven under par 65 to take the first round lead.

Though the two have a chance, it could prove to be a difficult task. Spieth is currently 1-over; Dustin Johnson is not even the top player with the last name Johnson on the leader board! DJ finds himself at 3-over and Zach Johnson is sitting at 1-under.

The staggering stat of the day… at one point in the opening round, more amateurs (5) were under par than top-10 players in the world (1).

Irony At Its Finest

Prior to the opening round, some players complained about the rough and the course conditions but Rory McIlroy was not one of them.

“We have 60 yards from left line to right line. You’ve got 156 of the best players in the world here, if we can’t hit within that avenue, you might as well pack your bags and go home. These are the widest fairways we’ve ever played in the U.S. Open,” he said.

Ironically, McIlroy found the rough multiple times during his round.  In the first 14 holes, McIlroy managed to hit the fairway just five times.

McIlroy: The fairways are 60 yards wide. If you can't hit them you might as well go home

McIlroy has his work cut out for him, entering the second round 6-over par.

For golf fans, it was not ideal to see the top players in the world crumble on this stage, but if you are a Gator fan, there is one highlight at the Open. Former Gator Tyson Alexander finished the first round at 1-under 71 and is tied for 29th after the opening round.

With his appearance at the U.S. Open, it is now 10 U.S. Open appearances for the Alexander family. Tyson’s grandfather, Skip Alexander, played in six U.S. Opens; Buddy Alexander, Tyson’s father, played in two. Tyson is currently playing in his first since his U.S. Open debut in 2009.

Alexander tees off Friday for the second round at 3:31 p.m.

It wasn’t a good round for the other Gator in the tournament; Billy Horschel at one point in his round was eight over par before finishing at seven over par 79.