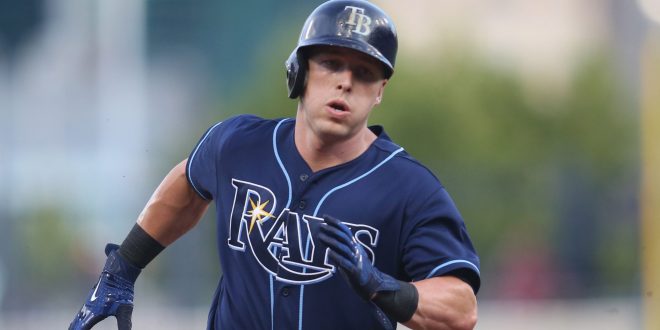 The Tampa Bay Rays, Miami Marlins and Atlanta Braves are all sending players to the 2017 MLB All-Star Game. Corey Dickerson, Marcell Ozuna, Giancarlo Stanton and Ender Inciarte are just a few of the big names headed to Miami for the mid-summer classic.

The Rays’ Corey Dickerson will get the start at designated hitter. This is his first All-Star Game appearance and he is the fourth player in Rays history to receive a spot in the starting lineup. David Price, Carl Crawford and Evan Longoria all started the game in 2010.  The rest of the American League starters are listed here:

Along with their three starting position players, the Houston Astros will also be sending pitchers Dallas Keuchel and Lance McCullers Jr. to the game. The rest of the American League pitchers are listed here:

The New York Yankees have a chance to tie the Indians and Astros with five representatives if shortstop Didi Gregorius wins the final vote to be the last AL All-Star selection. Pitcher Dellin Betances says the abundance of Yankees on the roster shows how the team has had a good first half of the season.  Gregorius is one of five players still with a chance to make the roster.

Giancarlo Stanton will be making his fourth All-Star Game appearance. Marcell Ozuna and Ender Inciarte will both be making their All-Star Game debuts. Here’s the full list of National League starters:

The NL pitching staff is stacked with talent. Clayton Kershaw and Max Scherzer lead the way with a combined 298 strikeouts on the season. Here’s the full list of National League pitchers:

Among the National League reserves is young Dodgers outfielder Cody Bellinger. He says finding out he was going to be an All-Star was an awesome moment for his family.

The Miami Marlins can potentially send another player to the All-Star Game if Justin Bour wins the final vote for the last NL All-Star roster spot.

I'm an above-average golfer with surprisingly great touch around the greens. Click on my twitter link for some sports talk.
@Ry_McGinn
Previous Gator Athletics Program Ranks Third in the Nation
Next Four NBA Teams Trending Up During NBA Free Agency