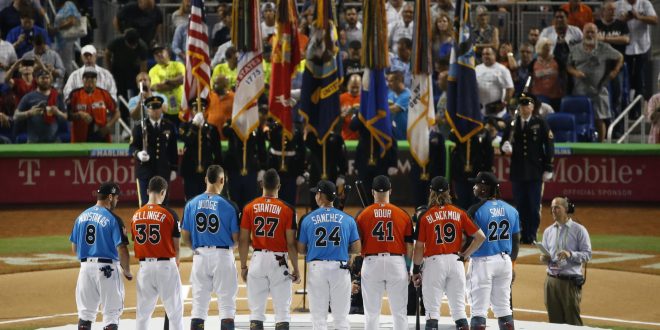 While the AL has been dominant in recent years, the NL is still the favorite for this year’s game. The National League is a -115 betting favorite. Even with the NL being the betting favorite, many still expect the AL to win. The AL is led by big hitters Jose Altuve, George Springer, Carlos Correa, and Home Run Derby Champion Aaron Judge.

A highly anticipated matchup will be Judge vs Nationals pitcher Max Scherzer. Scherzer is a pitching ace and Judge is a powerful hitter.

This is the first year since 2002 that the All-Star game will not determine which league gets home-field advantage in the World Series. The MLB announced in December that they were taking down their “This Time It Counts” initiative. The MLB was the only major sports league where the All-Star game has an effect on the post-season.

It will be interesting to see if the level of competition is different this year compared to years past. The last seven All-Star games have been won by at least two runs.

A senior at the University of Florida reporting on Gator sports, local Gainesville and surrounding area sports, and telling the stories of local athletes. Born and raised in Gainesville, Florida with a passion for telling people's stories and having fun doing it.
@SportsDarwinism
Previous Aaron Judge Becomes New Home Run Derby King
Next SEC Media Days: Day 2 Recap