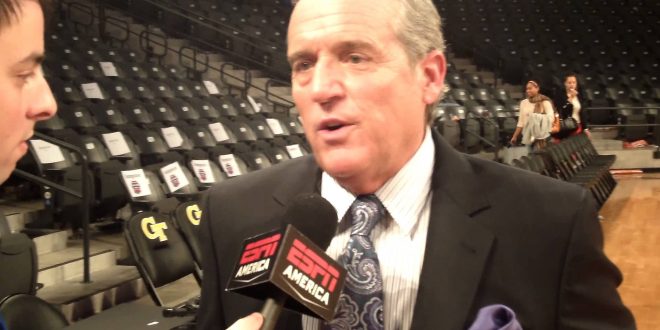 Brad Nessler to replace Verne Lundquist on SEC on CBS

SEC on CBS has named a replacement for the iconic Verne Lundquist. Brad Nessler is a sportscaster who worked for CBS in the early 1990s and will provide play-by-play alongside lead analyst Gary Danielson.

Nessler and Danielson have actually worked together before. The duo worked together in 1997 when Nessler joined Danielson for ABC’s college football coverage. The two also did four games last year for CBS. Nessler’s experience made him a worthy replacement for Lundquist, according to CBS Sports chairman Sean McManus.

Danielson also had good things to say about Nessler.

What's it like taking over for a legend like Verne? We asked CBS' Brad Nessler this morning. https://t.co/pWO5Ri4BP7 pic.twitter.com/jnN1kcECd8

Nessler’s career through the years

Nessler got started on his career by doing play-by-play for Georgia Tech Basketball in Atlanta on WGST-AM from 1980 to 1985. Other notable work he has done is call preseason telecasts for the Miami Dolphins and do play-by-play of ACC football and basketball for Jefferson-Pilot Communications. Then, in 1990, he began working for CBS Sports where he called NFL games, college football games, and men’s and women’s college basketball games.

Nessler and Danielson’s first SEC football gig will be Arkansas vs. TCU. The Razorbacks had a disappointing season last year, finishing 7-6 with a 3-5 SEC record. However, the team did show promise. Quarterback Austin Allen had a solid season by throwing for over 3,400 yards, 25 touchdowns and 15 interceptions on 61 percent passing. Running back Rawleigh Williams carried the load in the run game with 1,360 rushing yards and 12 rushing touchdowns. Allen is returning. Williams, however, is not. The Horned Frogs also had a disappointing year, finishing 6-7 with a 4-5 Big 12 record. Quarterback Kenny Hill had an unspectacular season, throwing for over 3,200 yards to go along with 17 touchdowns and 13 interceptions on 61 percent passing.

Nessler is ready for the season for to start.