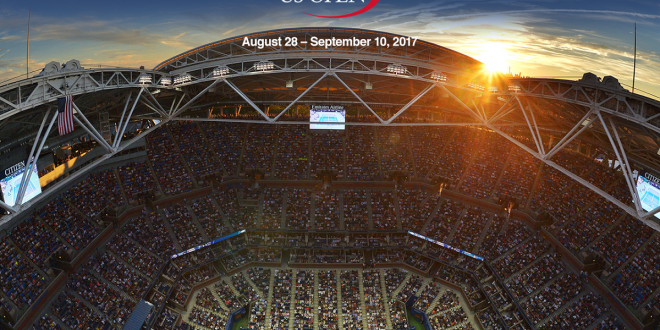 The final Grand Slam of the year kicks off Monday, as the 2017 US Open takes place in Flushing Meadows, NY.  128 men and 128 women stand ready to duel it out for the final major of the season.

Here’s a look ahead to the event and a prediction as to who will come out on top.

Through three Slams, we’ve had five different champions. With the exception of Serena Williams in Australia and Nadal on the red clay, each champ has been a storyline surprise.  After sitting out of the US Open last year, Roger Federer stormed out of the gates in 2017.  He captured his 18th and 19th Grand Slam titles of his storied career. Williams’ absence in the past two majors due to pregnancy has kicked the door wide open in the women’s draw.

With significant absences in the women’s and men’s draws, you’ll enjoy watching a plethora of contenders battle it out for the 2017 US “Wide-Open.”

Andy Murray, Novak Djokovic, Stan Wawrinka, Milos Raonic and Kei Nishikori will all miss the tournament due to injury, meaning just six of the world’s top 11 are featured in the tournament.

That leaves Roger Federer and Rafael Nadal as heavy favorites to hoist the trophy on September 10th.  Federer and Nadal have shared the other three majors of the year between them and will fight it out to be world No. 1 come the end of the tournament.  The two iconic players have found themselves in the same half of the draw and are on a crash course for a semi-final meeting.

They've never met at the #USOpen. Could this be the year for @rogerfederer vs. @rafaelnadal?

Germany’s Alexander Zverev stole the headlines in the build up to Flushing Meadows as he downed Federer to win his second Masters 1000 title of the summer in Montreal.  As a result, the 20-year-old Zverev has been one of the sport’s hottest players in 2017, piling up five titles and a 46-14 match record while notching wins over Novak Djokovic, Stan Wawrinka, and Roger Federer.  The 6-foot-6 Zverev is a growing threat to the game’s upper echelon

With the top half of the draw loaded with experience between Federer and Nadal, the bottom half of the draw will feature young studs poised to make a breakthrough onto the sports biggest stage.

Perennial heavyweights Serena Williams and Victoria Azarenka will be absent, with the former nearing the finial stages of her pregnancy and the latter currently caught up in legal issues involving the custody of her son.  However, the tournament will not be lacking in star power. Maria Sharapova has been reinstated and granted a wild card into this year’s Open after serving a 15-month doping suspension.  Sharapova was dealt a tough draw with a first-round match against No. 2 seed Simona Halep.

Defending champion Angelique Kerber has struggled to return to form this year.  She has reached just one final this year and has yet to beat a Top 20 player this season.

The No. 1 ranked player in the world and the women’s top seed, Karolina Pliskova, has posted excellent results on the hardcourts this season, winning the Brisbane and Doha titles, advancing to the Indian Wells, Miami and Cincinnati semifinals and reaching the Australian Open quarterfinals.

Big Things Ahead for US Tennis

Eighty-four American players are competing in qualifying or the main draw at the US Open in 2017.  The U.S. currently has nine men and fourteen women ranked in the world’s Top 100.

American’s John Isner (No. 10) and Sam Querrey (No. 17) lead the pack for the men’s draw.  Querrey hopes to build on his Wimbledon performance, where he advanced to the Semi-finals before falling to Cilic in four sets.

Venus Williams has climbed to world No. 9 after an impressive 2017 campaign.  Williams is the only American player with a major singles title to her name in the men’s or women’s fields.  She will open her tournament of Day 1 in Arthur Ashe Stadium against Viktoria Kuzmova of Slovakia.

That pipeline includes a talented, promising group of young women.  Madison Keys, 22, has been a steady presence in the world’s Top 20 since 2015.  Keys and CiCi Bellis, 18, headline a talented future for American women’s tennis.

On the men’s side, 2015 US Open Boy’s champ Taylor Fritz leads a strong group of young American men.  American youngsters Donaldson, Tiafoe, and Escobedo are all currently ranked in the ATP’s Top 100.