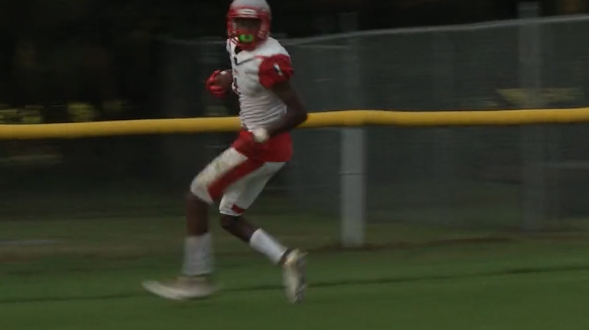 The Buchholz Bobcats and Ocala Vanguard Knights football teams both played their second games of the season Thursday in Gainesville. Buchholz got off to a quick start at Citizens Field as Bobcats quarterback Camden Orth threw a 26-yard touchdown pass to Trent Whittemore to give Buchholz a 7-0 lead.  Shortly after, running back Jakhai Mitchem scored on a two yard run and the Bobcats were up 14-0 after the extra point.

Knights continue to pour it in

In the second quarter, wide receiver Debarre Jenkins ran in a 65-yard punt return for a touchdown to make the score 28-14. Glover then scored on a five yard running play to make it 35-14 for the Knights at the end of the first half. At the start of the second half, the Bobcats received the ball, but couldn’t muster any offense after running three plays. The Knights added to their lead when Mark Brodkin hit a 24-yard field goal to make it 38-14.

Buchholz got back on the scoreboard for the first time since the first quarter when Orth tossed a five-yard touchdown pass to JR Moffatt. The extra point attempt afterward was no good, making it 38-20 Knights. After Vanguard got its 44th point, Victor Nelson ran a 99-yard kickoff return for a touchdown to give the Bobcats their 26th point. The Bobcats scored again on a two yard run to make it 44-33 but that’s how the game would end.

This incomplete pass on 4th down essentially seals up the victory for @Vanguard_high pic.twitter.com/LLPLmS6a8h

After the game, Vanguard coach Edwin Farmer acknowledged that it would be a tough game.

On Monday night, the Buchholz softball team was hoping to take down the Williston Red …