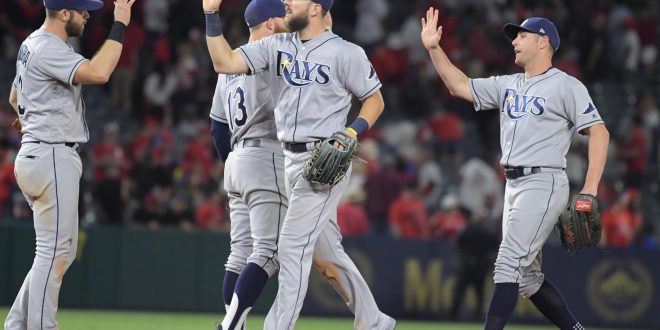 The American League is chock-full of baseball teams vying for the chance at an October playoff birth.

The AL Central and AL West will likely be represented by the Indians and Astros respectively. The Indians have been surging lately behind the power hitting of Jose Ramirez. Cleveland sits ten games ahead of the Twins and focusing on getting into a groove, as they’ve all but guaranteed themselves a birth.

The Astros are atop the AL West 13 and a half  games ahead of the Angels. They have cemented themselves as a world series contender with last week’s trade for Justin Verlander. He makes his first start for Houston tonight against Seattle, which provides must watch baseball. The former Cy-Young award winning pitcher hopes to get off to a good start against the Mariners. Justin Verlander hasn’t been himself this season. He’s posting his highest ERA since 2008, which is when the Astros were in desperate need of a playoff veteran and an upgrade over starter Dallas Kuechel.

This sets up the East as the only division yet to be settled in the American League.

The Yankees are only 2 and a half games back of the Red Sox. After a gentleman’s sweep last weekend, New York is making a strong push for the division. Unfortunately for Yankee fans, young star Aaron Judge remains at a strikeout rate of 35%. Boston’s manager John Farrell commented on Boston’s recent troubles.

The Orioles host the New York Yankees tonight. Baltimore is only 1.5 games back of New York in Wild Card position. If the Yankees take home a victory tonight it will be their series sweep in Camden yards since 2013. CC Sabathia has been playing fantastic lately and will take the mound tonight.

Kansas City has a chance to cut down their 2.5 game wild card deficit tonight with a win over the “Verlander-less” Tigers. Miguel Cabrerra is still out at first base for the Tigers while serving his 6 game suspension for fighting last week.

Along with the Yankees the Minnesota Twins hold the other Wild Card spot if the playoffs started today. They will attempt to fight off Wild Card contender Tampa Bay tonight. Tampa would get back to .500 with a win tonight.

The Texas Rangers are 2 games back of Minnesota and face of against Atlanta. Miguel Gonzales makes his first career start for the Rangers after being dealt from the White Sox. It will be difficult for him to replace the production of Yu Darvish, who was traded to the Dodgers last week.

Seattle (2.5 games back) takes on Houston tonight. The Mariners will face Verlander in his first appearance in an Astros uniform.

The Angels could steal the Wildcard from the Twins tonight with a victory over Oakland, and a Twins loss to Tampa Bay.