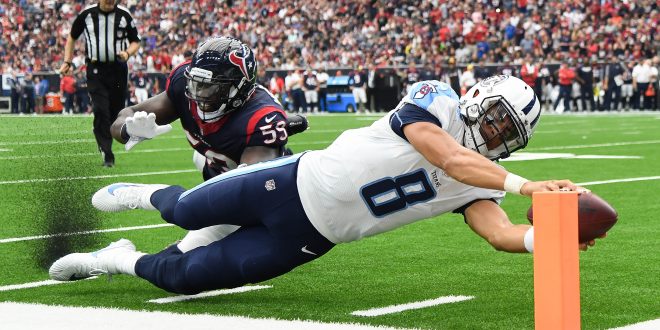 On ESPN’s Monday Night Football, the Tennessee Titans will visit the struggling Indianapolis Colts. Kick-off is at 8:30 p.m.

The Titans have lost back-to-back games, including a 57-14 trouncing from the Texans on Oct. 1. The Colts have also struggled tremendously in a few games this year, losing 46-9 to the Rams in Week 1 and 46-18 to Seattle in Week 4.

The Colts have three players who have been ruled ineligible for the game, with an additional player listed as questionable.

Luck, Mewhort and Walker ruled out for #INDvsTEN.

Head coach Mike Mularkey and quarterback Marcus Mariota are both optimistic that Mariota will be ready for the game. Mariota did not play against the Dolphins in Week 5 due to a hamstring injury. Here are the other players who are currently listed as injured:

The Colts have won 11 straight against the Titans, which is tied with the Broncos and Browns for the most consecutive wins against a single opponent. The streak goes back to 2011.

Over the 11 games, the Colts have outscored the Titans by nearly 100 points (316-217), according to The Football Database.

Colts-Titans on MNF tonight.@Colts have won 11 straight games vs the Titans, tied for the longest current win streak in an NFL series. pic.twitter.com/hIcnaHnJLg

Titans coach Mike Mularkey pointed out to his players that second downs were an issue against the Dolphins. Too many mistakes lead to second-and-long situations too often.

Marcus Mariota gives his thoughts on the fresh faces in the Colts defense.

Quarterback Jacoby Brissett talks about the need to cut down on mistakes in order to get positive results.

Head coach Chuck Pagano was happy to get the hard-fought win against the 49ers on a special day for Peyton Manning.