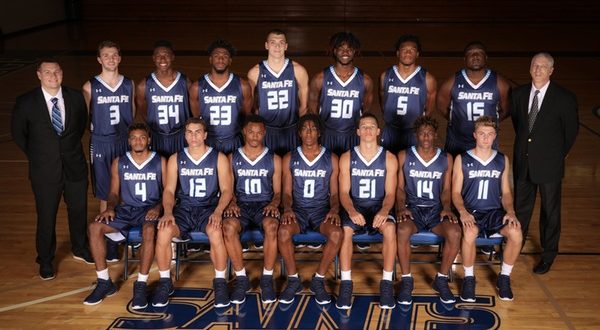 Scoring in bunches is something this Saints team may become accustomed to this season. Chris Mowry, who has coached the Saints for the past fourteen seasons, says this team is built to get out and run. They are a long athletic bunch that can run the floor and shoot the ball well.

This uptempo style of play was most certainly on display Wednesday night, with every player on the Saints roster scoring at least four points. Offensively, the Saints were led by Jake Dawkins. Dawkins poured in 15 points of his own Wednesday night to lead all Saints’ scorers. Dawkins was one of eight Saints players who ended the game with double-digit scoring.

A 70-point opening night victory was a superb way for the Saints to open their 2017-2018 campaign. Although, the Saints will need to keep up this high level of play if they wish to have success in what looks to be a competitive conference.