Home / Feature Sports News / Preview: Will the Raiders or Dolphins win this weekend? 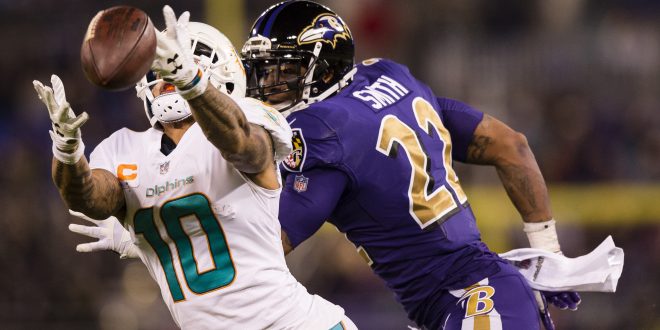 Preview: Will the Raiders or Dolphins win this weekend?

Week 9 is looking unpredictable for both the Raiders (3-5) and Dolphins (4-3 )as the Sunday kickoff approaches. Both teams are struggling to find and use their strengths to win consistently this season. Last week was a bad week for both teams so this game is sure to be a redemption game.

Last week against the Buffalo Bills the Raiders struggled to keep their grasp on the ball. The team managed to turn over the ball four times and those plays undoubtably contributed to the 20 point deficit. Check out the game highlights here. Quarterback Derek Carr had two interceptions in the game. So far in the 2017 season, Carr hasn’t been able to consistently function under pressure and strays away from the long shots. “My mistake is trying to do too much for my team instead of

letting our team just do it together” Carr said in an interview. The offensive line has to work on making the essential plays that move the ball down the field and, most importantly, holding on to the ball.

If the Raiders offense doesn’t find their rhythm soon the chances of reaching the playoffs are little to none.

The best memory Dolphin fans have of last week’s 40-0 loss is when a kitten got loose on the field.

As far as football, the Dolphins have a lot of work to do. This week the team announced the traded Jay Ajayi to the Eagles in exchange for a fourth-round draft pick.  The team is giving Damien Williams, Kenyan Drake, and Senorise Perry the opportunity to step up and play a greater role on the team.

The Dolphins’ offense was lacking last week and head coach Adam Gase has made it a mission to clean up the team so everyone is working together. “Guys need to get their heads right. The coaching staff needs to do a better job because obviously our players not knowing is a direct reflection on them.” Coach Gase said in a press conference.

What to Expect Sunday

This Sunday the game could go either way. Both teams have been hot and cold throughout the season and are still in the process of changing. Many critics are siding with the Raiders, but the Dolphin’s can’t be counted out just yet. The game is this Sunday at 8:30pm on NBC